In the Shadow of the Water Tower 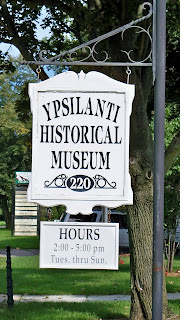 My trip to Ypsilanti, Michigan in September, to research the John Norman Collins Washtenaw County killings, was more productive than I could have imagined. In addition to a wide variety of materials I had gleaned from the internet, my Michigan researcher, Yog Sothoth, presented me with two huge folders of photocopies of virtually every newspaper article written in the state about this case and its aftermath.

After we briefly scanned and discussed his research, Yog and I went to visit the Ypsilanti Archives in that city's historical museum. Once I explained our mission to the archivists, they were falling all over themselves to be helpful.

For some weeks, I had been trying to locate a former English professor of mine from Eastern Michigan University, who was writing a factual account of the murders forty years ago and lent Edward Keyes, the author of The Michigan Murders, his notes on the case.

Unsuccessful in finding the good professor, I mentioned that to George, one of the volunteers at the archives. He told me a retired EMU prof was just here last week researching this very topic.

"His name wasn't Paul McGlynn, was it?" 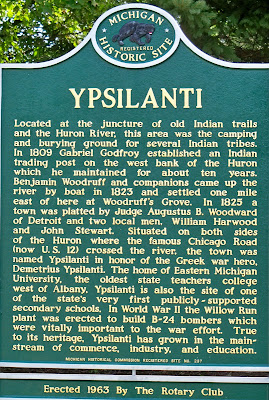 To make a long story short, George had his email address and contacted him, and McGlynn contacted me. What luck! But not so fast, it seems that my former professor and I are competitors. He still has plans to publish, but our treatments of the subject matter will be materially different. Not bad for my first day of researching in Michigan.

This case still incites people's interest because five of the seven murders attributed to the "coed killer," from the summer of 1967 through the summer of 1969, were left unsolved and are cold case murders. John Norman Collins was arrested and convicted of only a single count of murder for the brutal sex slaying of Karen Sue Beineman.

The rest of my week was devoted to interviewing people who knew John Collins way back when and who were never interviewed. I discovered some very interesting things. Next time....
Posted by Gregory A. Fournier at 10:14 AM 0 comments

The Water Tower - Digging up the Past 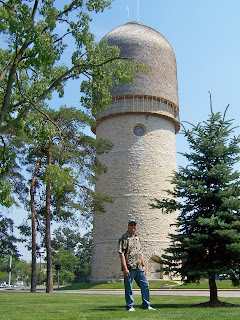 Hello from Washtenaw County, home of The University of Michigan and Eastern Michigan University. I am in Michigan doing research for my next writing project, which has the working title of The Water Tower. From July of 1967 until July of 1969, a phantom killer left two college campuses in a state of sustained fear and terror.

John Norman Collins is reputed to have tortured, murdered and mutilated seven young woman from the AnnArbor/Ypsilanti area. He was convicted of only one of the murders, but many questions have been left unanswered in the rush to get him off the streets before he could strike again.

There is a strong feeling that Collins did not always act alone. Did he have an accomplice? Is that person still out roaming among us? Surely someone else was at least aware or suspected that Collins might be the guilty party.

And then there are those who believe in the innocence of John Norman Collins after all these years. The suspected psychopath, a clean cut Catholic kid from Centerline, Michigan? It couldn't be.

Several people have come forward with new information regarding this case. There is more story here and I mean to tell it.
Posted by Gregory A. Fournier at 12:00 AM 0 comments

Several readers of my novel have mentioned that they thought my story would be primarily about the Detroit Riots. From a first-person vantage point, only a slice of that story can be told, which is self-limiting.

I chose to summarize the riots in one chapter with a third-person, documentary style gleaned from the television coverage of the time, not a retrospective. The point of view alternates from first to third person in this chapter. 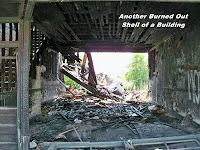 My novel speaks to the suburban piece of the riot puzzle, which is usually overlooked or simply ignored, and it gives some historical context to help explain Detroit's troubled racial landscape.

http://youtu.be/DPXL3iEVnCM
Posted by Gregory A. Fournier at 6:38 AM 0 comments

I'll Have Some Cheeze with That Whine

Had an on-camera author interview for my novel, Zug Island, in LA yesterday. After a lovely afternoon of fighting the Southern Calfornian traffic for three hours from San Diego and finding a parking space near LAX, my time had come.

Lights, camera, sound check, the interviewer was totally unprepared. He must have confused me with someone else he had to interview. He asked me about adapting plays. ??? Good thing I had written one twenty years ago, Crime and Punishment, so I talked about that. Whew! Shall I tell you about the ride home at rush hour on the 405?

Wait!!! It just occurred to me that many people back East have real problems to deal with right now. Many people don't even have a road to drive on this week after hurricane Irene, and many people lost their lives. My apology and sympathy to all those who have suffered this past week. I urge everyone to donate money to the Red Cross and give these people some help.

redcross.org
Posted by Gregory A. Fournier at 9:59 PM 0 comments