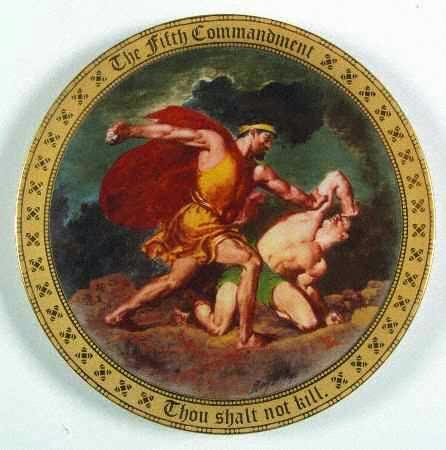 Beyond our instinct for survival and self-defense, most humans in modern society do not become killers. If we did, there would soon be none of us left. In fact, most cultures have provisions against murder in their written canons. “Thou Shall Not Kill” is a common moral precept found in one form or another in most of the world’s cultures and religions--that said--murder has been a part of civilization since before the beginning of human history. 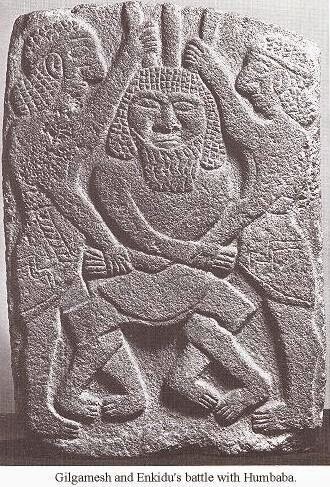 The oldest known written story of murder is the five thousand year old tale Gilgamesh. In this Babylonian work based on even more ancient Sumerian fables, King Gilgamesh and his half-brother Enkidu conspire to murder the Guardian of the Forest--the giant Humbaba. Their goal was to help establish Gilgamesh’s fame throughout the world. The reality of this story probably owes much to the struggles of these ancient people to import the cedars of Lebanon for their ambitious building programs in the flat, treeless desert plains of the Fertile Crescent.

In our modern world, the question of why people murder one another has been a topic of much study and debate. Despite psychologists and criminologists having new tools and techniques available to them, there is still much to learn about why some humans are compelled to kill. The tide of violent killers has not abated and society feels more fearful than ever. Understanding what motivates a person to commit an act of murder is one thing, to prevent it from happening in the first place is another. Murder increases as the population increases; it is the grim logic of statistics.

Sexual homicide has long been studied by various professional disciplines. Sociologists want to study sexual homicide as a social phenomenon that occurs within the context of the greater society. Psychologists are most interested in the psychiatric diagnosis of these murderers and developing techniques for treating sex offenders. Law Enforcement is interested in studying sexual homicide from the standpoint of identifying and apprehending suspects quickly and protecting the public from further senseless carnage. 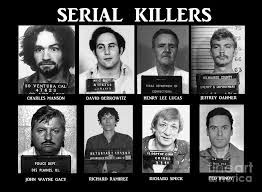 In their study, Sexual Homicide: Patterns and Motives, written by FBI Special Agents Robert Ressler, John E. Douglas, and Dr. Ann W. Burgess, Professor of Psychiatric Mental Health, they give the rationale for their work. “In the 1960s and 1970s, FBI researchers noticed a rise in serial killer cases across the nation. During the 1970s, Special Agents of the FBI’s Behavioral Science Unit (BSK) began profiling serial killers on an informal basis by studying crime scene information to deduce certain offender characteristics and behaviors.” After the informal criminal profiling program began to show promise, the study was formalized during the Reagan administration in 1982 with a grant from the National Institute of Justice.


This initial FBI study was the first to examine sexual murderers collectively as a sub-population. The data was collected from 1979 through 1983 on thirty-six offenders responsible for a minimum of one-hundred and eighteen victims, mostly women. All of the interviews were conducted within the Michigan Department of Corrections prison system, from willing participants of the project. 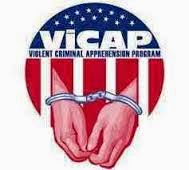 The first data for the Violent Criminal Apprehension Program (VICAP) crime report was entered into the FBI’s mainframe computer at the FBI Building in Washington D.C. on May 29, 1985. It marked the pioneering use of artificial intelligence technology in crime scene analysis and criminal personality profiling. Today, the VICAP database is massive and linked to other crime fighting organizations throughout North America and databases worldwide.

The criminal profiling project paid particular attention to physical evidence found at crime scenes that may reveal behavioral traits of serial murderers and profile characteristics that are variables which identify the offenders as individuals. Together, they help to form a composite picture of a suspect. Over the life of the study--1976-1986--homicide data was placed in the database in one of five categories: felony murders, suspected felony murders, argument-motivated murders, other identifiable motive (circumstance) murders, and unknown motives for murders.

According to the late FBI profiler, Robert Ressler, “Apprehension of the sexual murderer is one of law enforcement’s most difficult challenges…. Sexual homicide particularly causes a heightened fear for the community because of its apparent random and motiveless nature. This places public pressure on law enforcement officials to make an arrest in these cases as early as possible.”
Posted by Gregory A. Fournier at 6:58 AM 0 comments

As I edit The Rainy Day Murders manuscript--material which is either too broad or doesn't advance the story of the Washtenaw County, Michigan murders--is being removed. Rather than reject these portions out of hand, I have decided to rework and repurpose some of them in my blog.

***
Early on in my research, I interviewed someone who rode motorcycles with accused serial killer John Norman Collins. He asked that I refer to him by his biking nickname. Dundee said that he and several others rode with Collins--who always took the lead position--and toured the back country north of Ypsilanti. This was the area where six of seven bodies of young women were deposited over a two year period. "Collins knew the area like the back of his hand," Dundee said.

I asked him if he had ever seen Collins pick up young women while cruising with him. "Yes, Collins liked riding with girls."

"What was his come-on to these girls?

"When he spotted someone who caught his eye, he'd drive up next to her and gun the bike's engine a few times to get her attention. Then he would grin and ask if she wanted a ride. He was a handsome, clean-cut guy who worked out with weights. Sometimes a girl would hop on the back of his bike, and he'd gun his engine and speed off--usually splitting from the pack. Sometimes John would only make a date or get a phone number.

"How often would this happen?'

"Occasionally. John was popular with the ladies," Dundee grinned.

"Did any of these ladies turn up dead?"

His grin disappeared, "Not that I know of."

"Do you think Collins was guilty of killing any of these girls?

"No. I don't believe he killed any of them."

"Not even Karen Sue Beineman, the coed Collins was found guilty of murdering?"

When I asked why not, he had nothing of substance to say other than John was a scapegoat for the county sheriff. It was obvious that--even after forty-five years--Dundee felt uncomfortable with the subject matter. I was hoping for more incriminating information about Collins. I asked if he had anything else he could tell me about his friend. Then, he shared this anecdote with me.

In October of 1968, he and Collins went to the Wayside Theater located on Washtenaw Boulevard--between Ypsilanti and Ann Arbor--to see Tony Curtis in The Boston Strangler. The movie had just been released and was being shown in the new state-of-the-art theater which could seat one thousand patrons. The Wayside had the biggest screen in the county at that time--56' wide by 24' tall.

Dundee told me that when the movie was over, John was clearly excited and talkative. "John loved the cool split screen effects where you saw the killer’s view and the victim’s view. We went into the lobby afterwards," Dundee said. "We talked about going someplace to eat when John asked if I would stay and watch the movie again with him.

"I told Collins that Tony Curtis’ performance freaked me out because I liked seeing Curtis in comedies. The role of Albert DeSalvo was too dark and disturbing for me." Dundee took off and left Collins to view the movie a second time alone. What Collins did after the film is anybody’s guess.

Dundee remembered Collins remarking with pride how he thought he resembled Tony Curtis in that role--his looks and mannerisms.

“If you watch The Boston Strangler," Dundee said, "the movie very clearly leaves room for a split personality interpretation. Also, Albert DeSalvo was never taken to trial or convicted of any of the crimes for which he was accused. The movie’s theme was that he got away with all those murders.”

It should be noted for the record that Albert DeSalvo was recently found to be the Strangler when DNA evidence--recovered in 2013 from his exhumed body--proved he killed Mary Sullivan in 1964.
It seems clear that John Norman Collins found inspiration and a kindred spirit in Albert DeSalvo--the Boston Strangler--but not motivation. He had plenty of that already. By the time The Boston Strangler movie was released, two of the Washtenaw County murders had already been committed. Regardless, the movie undeniably resonated with Collins.
Posted by Gregory A. Fournier at 3:45 PM 0 comments 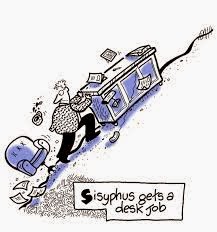 For the last six months, people have been asking me when The Rainy Day Murders--my true crime account of the Washtenaw County Michigan murders--will be available. My short answer is when it is ready. Last month, my editor returned my manuscript and recommended that I read her remarks and comments, then step away from it for awhile and let my subconscious go to work.

What great timing! The 2014 holiday season gave me the time and space to think about the project without working on the day-to-day subject matter. As I begin 2015, my first priority is to revise my manuscript and seek publication. I am confident that the final product will be all the better for it. Everyone personally involved with or affected by these senseless murders of seven young women--in the late 1960s--deserves nothing less.

The grim details of these tragedies speak for themselves. Now, I need to tighten-up my narrative and increase the manuscript's sense of time and place--both suggestions from my San Diego editor, Jean Jenkins. Any author has only two eyes, and seeing things from the informed perspective of a skilled editor helps bring out areas of weakness that might otherwise be overlooked. As the High Lama in the novel Lost Horizon notes, "The eye sees but doesn't see itself."
Posted by Gregory A. Fournier at 7:39 AM 0 comments