On Saturday, June 7th, 1969, Alice Elizabeth Kalom (23), a University of Michigan fine arts graduate student, went to the Depot House at 416 S. Ashley St. in Ann Arbor to celebrate the birthday of a local musician friend.

When Alice left her apartment in a house at 311 Thompson St, she was nicely dressed in a purple blouse, a white mini-skirt, pantyhose, and a pair of brown loafers. She was wearing her contact lenses and not her glasses. Alice was carrying her new pair of purple dress shoes she had recently purchased at Jacobson's in downtown Ann Arbor because she didn't want to get them wet. Alice was also wearing a distinctive, multicolored, horizontal striped rain coat against the likelihood of more rain.

Alice was last seen at the Depot House dancing until after midnight on Sunday morning. That's what some people at the party told police. Others said they thought she hadn't gone to the party at all. Alice's partially nude body was found in Ann Arbor Township off of US-23 and N. Territorial Rd in two feet of tall grass just off a lane running through abandoned farmland. Three teenaged boys came across her lifeless body on Monday, the 9th at 3:40 PM.

Forty-five years after the murder of his dear friend Alice, sixty-nine year old Benjamin R. Cologie became very emotional when he talked to my researcher Ryan M. Place about his memories of those times. Mr. Cologie is still angry with police because of their indecent and impolite behavior when they interrogated him over the murder of Alice Kalom. "It's terrible to say, but I wish I had never known Alice."

"I went to Alice's apartment on Saturday night. We were both taking a photography class at U of M, and she left prints floating in the rinse water with the images getting damaged. I hung the prints up and waited for her. At 11:00 AM on Sunday, I called the Ann Arbor Police to report Alice missing when she didn't come home all night.

"The following day, Monday, June 9th, the police found her murder site, the Washtenaw Sand and Gravel Company. They also found Alice's distinctive raincoat, some buttons torn from her clothing, some shoes (loafers only), and a pool of blood. When I learned that Alice's body had been found, I drove to the police station and they held me overnight telling me that I was their prime suspect in her murder.

"They took me to the morgue to identify her body before they even called her parents. They pulled out the slab. She had been outside for a couple of days, her eyes were wide open, her skin discolored, and a bullet wound was visible in her forehead. I identified Alice and all the cop said to the morgue tech was 'Go tag her' and walked off coldly. That vision of Alice dead on the morgue slab has haunted me for forty-five years. I still think about it frequently. It's something I will never forget.

"About a week later, my teaching friend Marisa invited me over to her farmhouse off Nixon Rd and Pontiac Trail. By this time, my name had made it around to the newspapers. I walk into my friend's house and her boyfriend attacks me! Thinks I came to rape her or murder her or something. It was terrible. I lost lots of friends over the Alice Kalom media mess, not to forget that I lost Alice.

"Two years later, I'm teaching at Pioneer High School and the cops bring bloodstained clothes and pictures of Alice for me to look at. The rudeness of the police asking overly personal questions about our sexual relationship. They wouldn't let me rest and forget.

Four police departments didn't seem to be sharing information. I had to repeat things hundreds of times. Police weren't helpful or compassionate. They just cared about who was going to get credit for solving the crime.

"Another thing I remember from those times were the many abandoned farms in the Ann Arbor area. For our class, Alice and I used to take pictures of timber framed barn shells, the barn siding mostly salvaged from them. We went to one abandoned farmhouse on Pontiac Trail.

"There was a cord hanging from the ceiling that looked like a noose. Alice put her neck through the noose-like cord and made me take a macabre photo of her standing inside this creepy farmhouse. I believe the cops still have that photo somewhere. Very scary incident in retrospect after what happened. The police confiscated all of the film and pictures from Alice's apartment."
Posted by Gregory A. Fournier at 9:43 AM 1 comments 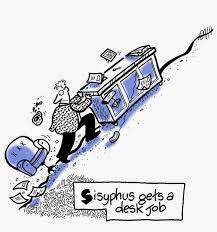 As I prepare to switch servers and upgrade my site, regular readers of Fornology may notice a minor disruption in service.

Soon, all traffic will be routed to my new site which is almost completed. There will be a new look, and the site will be more interactive and functional.

My apologies for any disruptions in service as my webmaster makes the necessary adjustments.
Posted by Gregory A. Fournier at 8:16 AM 0 comments

Mother's Day Gator by the Bay Festival in San Diego 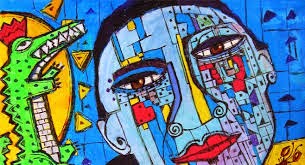 On Mother's Day weekend, for longer than I can remember, San Diego, California has been home to the Gator by the Bay Festival.

This year's Zydeco, Blues and Crawfish Festival is May 8th through the 11th. This annual joyous celebration of spring blossoms forth at Spanish Landing Park on Harbor Island along San Diego Bay. An outdoor venue doesn't get much better than this. 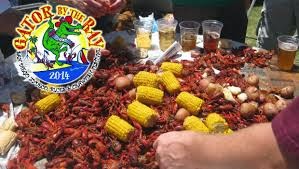 Don't be afraid to bring the kids and grandma and grandpa too if he behaves himself. If you love good music, fun dancing, and Louisiana food, dust off your dancing shoes, throw on some Mardi Gras beads, and join us for a great weekend.

For detailed information on this year's schedule and the musical performers line up, check out the official GBTB website:
http://www.gatorbythebay.com/
Posted by Gregory A. Fournier at 8:03 AM 0 comments

While doing research for The Rainy Day Murders, Ryan M. Place, came across the work of UCLA engineering researcher Dr. Mikhail Simkin. He has been studying the biological rhythm of serial killers. His theory is that "serial killers commit murder when the neuronal excitation in their brains exceed a certain threshold."

Ryan emailed Dr. Simkin and asked if the professor could plot out a graph of John Norman Collins' inter-murder intervals and help us draw some conclusions about his behavior.

Dr. Simkin wrote back stating, "Because of the limited data of seven murders and six intervals, it is out of the question to plot a probability distribution of inter-murders for Collins. The only plot we can do is that of cumulative number of murders as a function of the dates. The Collins chart can't stand on its own."

In his response to us, Dr. Simkin included an attachment of the Collins plot graph and the plot graph of Russian Andrei Romanovich Chikatilo, thought to be the most prolific serial killer in history. He was convicted in 1990 for the murders of fifty-three women and children and executed with a gunshot behind the right ear in 1994. The Russian newspapers dubbed him "The Butcher of Rostov."

Dr. Simkin did a narrative comparison of both charts for us. "You can see that the Collins plot has some properties of the 'Devil's staircase' as there is a large step variation," he wrote. "The longest step is 15.5 times bigger than the shortest. However, for the Chikatilo plot, this ratio is 329 times bigger.... In the Collins plot, we can glimpse some features of the Devil's staircase which are far better developed in the Chikatilo plot."

"The Devil's staircase" is a statistical term referring to graph results that resemble a staircase of increasing values when plotted out. Mathematically, the results depict "a function not absolutely continuous." But the term also carries some metaphorical significance when you consider the subject matter under discussion, serial murder. 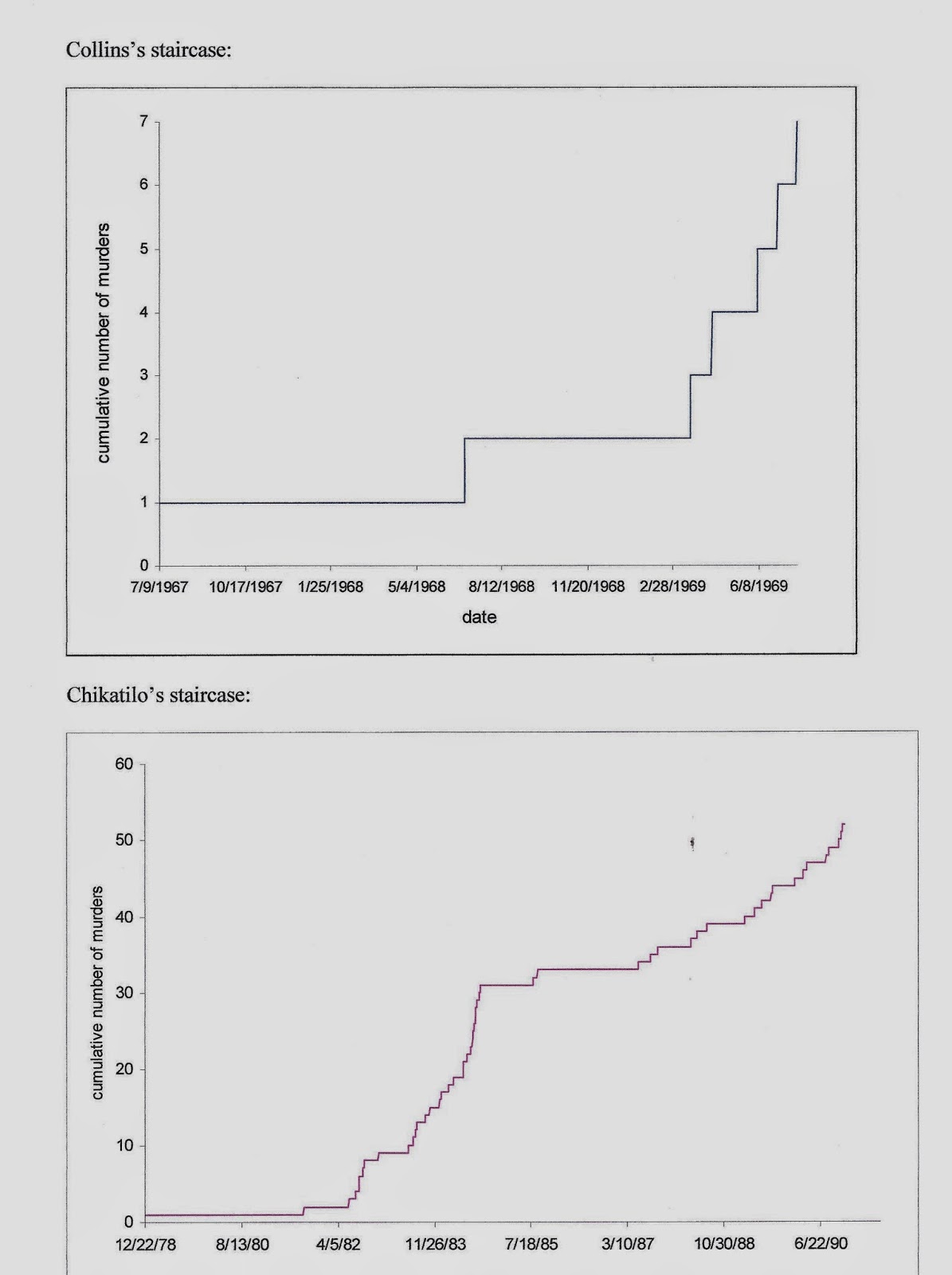 Both plot graphs show a behavioral trait common to most serial killers. As their murders increase, the intervals between the murders decreases. It is this grim logic of serial killers that often leads to their eventual undoing. As the body count rises, authorities have more data to work with and the killer's profile begins to take shape. When serial killers become overconfident in their abilities, they begin to feel immune to capture and make mistakes.

How much time it takes to solve these crimes varies with the circumstances of each case of course. Some cases are never officially solved. In the case of John Norman Collins and the six other murders he was thought to have committed, he was only convicted of the seventh and last murder. For the other six families, there has been no closure.
Posted by Gregory A. Fournier at 11:58 AM 0 comments