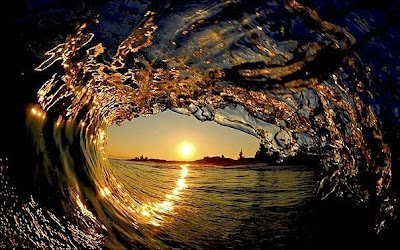 As our planet ticks off another solar year, the Hubble telescope has provided Earthlings with a view of the far reaches of the universe. Try and wrap your head around this. Happy New Year!

http://www.flixxy.com/hubble-ultra-deep-field-3d.htm?nav=ne
Posted by Gregory A. Fournier at 4:07 PM 0 comments

Since September, my partner and I have been investigating the John Norman Collins murders in the Ypsilanti and Ann Arbor area between July of 1967 through July of 1969. These seven murders of young women became know as the Co-Ed Killings and have since become a local legend - partly because five of the murders are as yet unsolved - partly because of shoddy police work. Despite early media attention nationally, the trial was overshadowed by the Tate/Bianca murders and the Charles Manson family, which occurred at the same time.

My research into this matter includes studies of many of the most infamous serial killers, sex criminals, sociopaths, and pathological narcissists in twentieth-century America - almost exclusively angry white males. If ever there was a Rogue's Gallery in Hell, this collection of psychopaths would make their blood run cold. 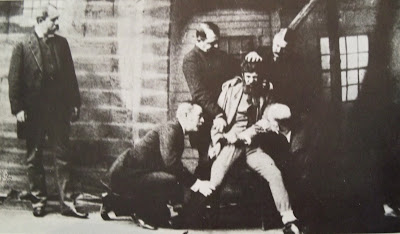 What makes these people different from the rest of us? Something called a conscience. These people are lost in a deep and dark existential void where their actions don't have consequences for them - until they are caught, of course. Then they justify their crimes. These people live in a mirrored reality where they are in control - where they are God.

Dr. Martha Stout, PhD, in her book, the sociopath next door (sic), convincingly purports that one in twenty-five people are sociopathic. That is four percent of the population. Many of these people find their niche in society, but too many others carve their way into our consciousness. At their best, they manipulate and use people heartlessly - at their worst, they unleash havoc and horror on an unprotected and terrified public.

What is even more scary is that most of these characters have charm and cunning to mask their heinous acts and desires. Reminds me of Lady Macbeth's advice to her husband, "Appear the innocent flower, but be the serpent underneath." Even in Shakespeare's time, this "deceptive" feature of psychopaths was known. More the pity, there is no known cure for their madness. But when push comes to shove - Beware! - they will stop at nothing to manipulate reality to suit themselves and satisfy their ravenous rage against a society that hasn't learned to appreciate or acknowledge them.

The study of  sociopathy is in its early stages, and there are many unanswered questions about it. How do we identify sociopaths? Once we identify them, what do we do about them? How can society protect itself?

Lawyers avoid using the term in court because it has not been precisely defined. The term "serial killer" was not used in court until the 1980's, when an FBI man used it in court to describe the dramatic increase of this crime after World War Two. In Colin Wilson's incisive work, The History of Murder, he states that the FBI estimates serial killers kill 300 to 500 people yearly in America.

People just don't become killers. What makes them that way? And if there are natural born killers among us, surely that tendency displays itself early in their lives. Why isn't sociopathy addressed in public schools? We give lip service against bullies, but what is done with these kids who prey on other students - driving an increasing number to suicide? More often than not, we simply transfer them to another school and seal their records? Presently, there is no known treatment to cure these demons among us, but ignoring them is not an option.
Posted by Gregory A. Fournier at 9:46 AM 0 comments 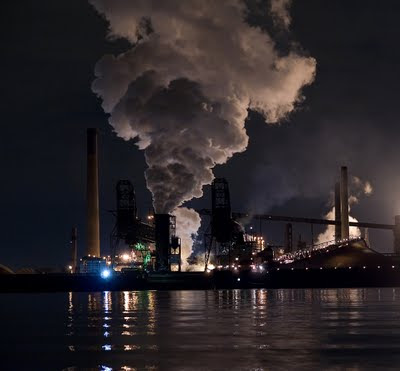 Last month, a photo editor at Macleans, Canada's Life magazine, emailed me asking where she could get photos of Zug Island. They were about to publish an article on the Zug Island Hum, which I call the Zug Island Tremors. I guess it depends on which side of the Detroit River you live on. The people in Windsor, Ontario are not amused.

"No problem!" I wrote back. "The photo on my book's front cover was shot by Bill Deneau, a Torontite."

Since Macleans is headquartered in Toronto, I recommended Bill's evocative photograph - but alas - Bill didn't get the nod. The photo they used was essentially the same scene from a distance but without the visual impact.

Here is the article. Enjoy!

What’s keeping Windsor awake at night? - Life - Macleans.ca
Posted by Gregory A. Fournier at 8:41 AM 0 comments