The beautiful park, with its seven stepped recreational lakes flowing one into the other, is what the general public sees. But the park is only one aspect of the Santee Water Reclamation Project, which began in 1959. Further north, up into Sycamore Canyon, the business of waste water recycling begins.

Used water from Santee residences, not sewage, is pumped into the water reclamation plant where excess flow and sludge is diverted and sent to the San Diego Metro System. The "gray" water is routed to a series of three stabilization ponds with a combined capacity of 40 million gallons. The water, with the help of gravity, works it way through eleven percolation beds, 400 feet long which drain into a French drain.

From there, the water is treated in a chlorination station before it is released into the first of the seven man-made recreational lakes. Once the water works its way through the park, it is pumped into the City of Santee's irrigation system which feeds the commercial Town Center area and also irrigates the Carleton Oaks Country Club.

Historically, many of the American West's worst conflicts were over water rights. That was true 100 years ago, and it's true today. Water Rights is still one of the most contentious issues among the Western states.

Santee Lakes is a successful role model for water conservation with its three use system: household, recreation, and landscape. Check out A&E's Modern Marvels: "Water Conservation" for more information. Saving water is everybody's business because every drop is precious, that's why I'm proud to support my water department's conservation efforts.
Posted by Gregory A. Fournier at 12:00 AM 0 comments 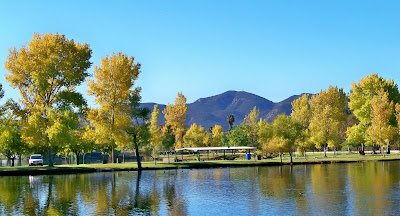 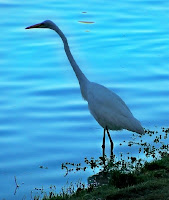 is a multi use park. It provides a flyway for a wide variety of water fowl, and the park is involved in a wood duck propagation program. Professional and amateur bird photographers are familiar with the large variety of birds that come through the park following migratory lanes south and then returning north again.

Several of its lakes are stocked with large mouth bass and catfish for local anglers. No fishing license is required, but a day use permit is necessary to purchase at the General Store. Several contests are held yearly with tagged fish and prizes. In my weekly hikes, I see people catching fish with some regularity. 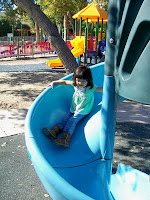 provides a number of covered picnic areas that can be reserved for group events, and single picnic tables are found throughout the park, with several playgrounds close by for the kids.

The park’s newest addition is a Lion’s Club sponsored for the blind, while the Kiwanis Club sponsors a Handicapped Fishing Pier. The park also has regulation horseshoe pits, which you don’t see around much these days.
This is truly a community park. Throughout the year, the park holds community events, and in the summertime, hosts a weekly Friday night movie for families. At the back of the park, there are RV sites with hookups, and a new feature, overnight and weekly rental cabins, some floating on the water.

The Sprayground is the young kids' favorite place to be on hot, sunny days. Water jets shoot city water skyward from the ground surface, only to fall back to earth with a joyful splash. Tipping overhead buckets fill and spill cool, refreshing water on screeching, giggling kids. Makes me want to be young and carefree again.
But even as an adult, I count myself lucky that I live close to the  I walk around them several times a week. But as wonderful as the park is, the seven, man made recreational lakes are only a part of this impressive water reclamation project. There is a lot more to than most people are aware.
To be continued…. www.santeelakes.com
Posted by Gregory A. Fournier at 12:00 AM 0 comments

Authors without a powerful publishing house behind them find getting publicity and exposure for their books a slow and expensive process. For the cost of as little as one book and postage, an author can run a giveaway on www.goodreads.com by agreeing to a few reasonable conditions. 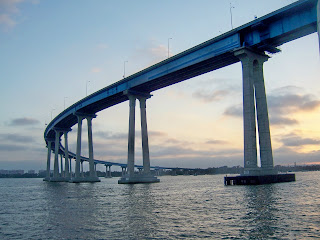 I've found this promotion the best offer an independent author can find to bring readers to your author's site and book title. My giveaway promotion for Zug Island ran for two weeks and attracted 674 participants.

Sixty people have added my novel "to buy" and a like number have put it on their “to read” lists. That's a combined 18% potential sales conversion rate. I've read that 7% is a healthy number.


If you have a book coming out soon, or have a book that has been out six months or less, it's easy to run a giveaway. Register with goodreads, set up your profile, and run your contest. Goodreads chooses the winner(s), and you send your book to them. It's as easy as that. When all is said and done, you'll be the big winner.
Posted by Gregory A. Fournier at 9:57 PM 0 comments 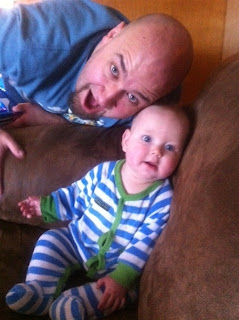 Rather than the ties and "collect calls" fathers usually get on their appointed day, why not think out of the box this year. Buy or rent the video, Smoke Signals, and spend some quality time with dad on Father's Day watching this movie.

Smoke Signals is a wonderful independent film, loosely based on characters found in Sherman Alexie's collection of short stories, "The Lone Ranger and Tonto Fistfight in Heaven." It delves into some of the realities of single parenthood, alcohol abuse, family dysfunction, and child abandonment issues, but somehow, it manages to be an entertaining, optimistic comedy with a serious subtext.

Smoke Signals ends with a moving narration of "When do we forgive our fathers? In our time or in their time?" This question resonates deeply with adolescents and adults who live with family dysfunction daily. This movie takes a sympathetic look at a defeated man, haunted by the shadows of the past, unable to provide the emotional or practical support for his wife and son.

The visual and verbal imagery of Smoke Signals is masterful. This film has lots of heart and lots of laughs with wonderful characters. It will leave you saying, "Hey, Victor. Tell me about your dad," long after the movie is over.
Posted by Gregory A. Fournier at 10:20 AM 0 comments

Held Up in Arizona, continued.

So the squad car's lights were strobing and throbbing like mad, and I think the patrolman can't be in pursuit of me. I pulled over eventually and wondered what could have been wrong, some equipment violation?

After a long wait of several minutes, a tan clad Highway patrolman approached the cab on the passenger's side and motioned for me to open the door with one hand, his other hand on his service piece.

"What are you doing?" I heard him say.

I shrugged my shoulders. "I dunno."

"You don't know how you are doing?"

"Oh! I thought you said 'What' instead of 'How.' The wind was whistling outside."

Then he held forth, "You need to change lanes away from a patrol car on the shoulder of either side of the road, according to Arizona state law. Didn't you see the sign at the Arizona border?"

"No, there are only a few dozen signs along the highway when you cross over from California. I was looking for the truck weight station pull off," I explained. Then he told me about the $500 fine. That's highway robbery, I thought, but I held my tongue. 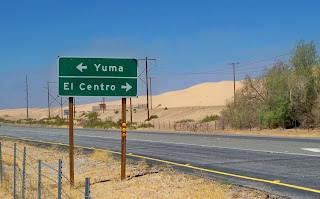 "Yes! Arizona has some laws different from the other states," the officer continued. "For instance, if you see anyone carrying a loaded firearm in public, that's legal. If someone breaks into your house, you have the legal right to shoot that person. We follow the constitution in this state."

"I'm glad I live in California," I said.

I have never been Barney Fifed before.
Posted by Gregory A. Fournier at 3:00 AM 0 comments

Email ThisBlogThis!Share to TwitterShare to FacebookShare to Pinterest
Labels: Lifestyle

Held Up in Arizona 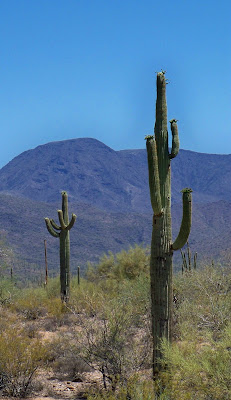 I never, ever like to use absolute statements, especially three times in the same sentence, but it seems like every time I drive through , I get a ticket. See my blog post dated May 13th, 2011.


This time, on my way to from , I was driving a 10’ Budget moving van. The wind was brisk, and I drove through a dust devil or two, making the truck a bit jumpy. Nothing too serious. My mindset was “Slow Traffic – Keep Right” and “Keep my eyes on the road.”
The Arizona Highway Patrol was out in force on Friday. I saw a forlorn vehicle, pulled over on the side of Interstate Eight, for speeding no doubt, and a patrol car with its warning lights blinking.
“Poor sucker,” I thought as I passed the two cars, confident in my ability not to get a speeding ticket because the truck strained to make it to the speed limit. Then, flash! In the side view mirror, I see the same squad car, lit up like a Christmas tree, in close pursuit.

Email ThisBlogThis!Share to TwitterShare to FacebookShare to Pinterest
Labels: Lifestyle

What the Traffic Will Bare! Weinergate.

Now that everyone has weighed in on the Congressman Weiner controversy, I would like to add my take on the topic. What was he thinking?

The act of a grown man photographing himself in his tighty-whities is juvenile and sophomoric enough, sending it out over the internet is beyond stupid.

I am not suggesting that he has some genetic predisposition or some defect that should be understood and treated, nor do I advocate more Draconian political measures against him.

Scandals come and go. Idiocy lasts a lifetime.
Posted by Gregory A. Fournier at 5:29 AM 0 comments

Email ThisBlogThis!Share to TwitterShare to FacebookShare to Pinterest
Labels: Politics 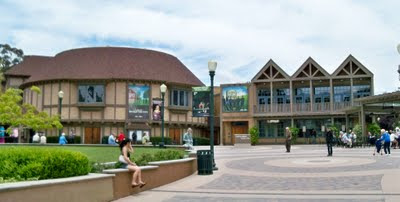 If you ever visit San Diego, do yourself a favor and book yourself some tickets to a play at the Old Globe Theatre Complex. Nestled comfortably in beautiful Balboa Park behind the Museum of Man, it is an attraction not to be missed.

For the last fifteen years, I have had the good fortune to be a volunteer usher for all three of their stages: the Old Globe, their main stage; the White, a theater in the round; and the Festival Stage, an outdoor amphitheater for summer repertory theater.

The Globe's production of August: Osage County, finishing its run on June 12th, is the most profound and disturbing family drama I've seen on the stage since Who's Afraid of Virgina Woolfe? The play reminds me that the family ties that bind, can also strangle.
Posted by Gregory A. Fournier at 7:29 PM 0 comments

But I'm new to social media, and it feels like a virtual kiss to me. My lips are all puckered up, though there is nothing to press them against, except the cold embrace of the computer.

There is nothing like person to person contact. As I travel to promote and talk about my novel, I hope I can meet many of you in person. Check out my schedule of appearances this summer on my novel's website.
Posted by Gregory A. Fournier at 10:18 AM 0 comments