Former owner of Detroit's legendary Lindell AC sports bar Mel Butsicaris has allowed me to share another of his Lindell A.C. Memories.

This time, Mel's guest post is about Detroit Tiger Stormin' Norman Cash--one of major league baseball's unsung heroes. As a young man, Mel worked in the Lindell for his father and uncle--Johnny and Jimmy Butiscaris. He has no shortage of stories to tell.

One of my favorite baseball players of all time is #25 Norman Dalton Cash--"Stormin' Norman." I called him Uncle Norm out of love and respect, not only because he was a great ball player on offense and defense, but also because of the kind of a person he was. He had a heart of gold and cared more about his teammates than himself. Uncle Norm was a humble man who loved life and people. He had an incredible sense of humor with a big heart who treated people of all races and walks of life with respect.

I remember him tipping his hat and tapping his heart to say thank you to a group of fans in the left field upper deck of Tiger Stadium. The fans hung a bed sheet painted with "Who needs money when we have Cash?" He never forgot he was able to play ball because the fans came to see him. 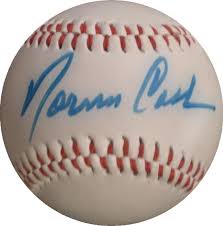 It was Uncle Norm who initiated the souvenier giveaway after the Tiger Saturday matinee games. He would come into the bar after the game with other Tigers like Al Kaline, Gates Brown, Jim Northrup, Earl Wilson, Dick McAuliffe, and Willie Horton. The guys would carry in grocery bags full of game-used balls and batting practice balls. Kids would be lined up out the door waiting to get a free autographed ball from their sports heroes. If an adult would try to get one, he would be told politely that these balls were reserved for the kids. See us after a night game and we'll hook you up. And they did. I am still running into people today who are now adults telling me how they got a free autographed ball at the Lindell.

I have great memories of being twelve years old and playing catch with Uncle Norm when he would come to the house for a dinner party. I had a ball playing "pickle" (monkey in the middle) with him and Sonny Eliot.

One night in the late sixties when the Baltimore Orioles were in town, both teams came to the Lindell. Competing team first basemen Norm Cash and Boog Powell sat on top of the jukebox singing the Johnny Cash ballad "A Boy Named Sue" at the top of their lungs. I laughed so hard I almost peed my pants.

There was another time when Uncle Norm pulled up to the bar driving a Detroit street cleaning truck with water and spinning brushes. He said he wanted to do his part to keep the city clean starting with the alley behind the Lindell. Apparently, the real driver spotted Norm and his wife coming out of a nearby restaurant. The city worker stopped and said he always wanted to meet a big-time ball player. Uncle Norm replied, "I always wanted to drive a street sweeping machine." They both got what they wanted. They enjoyed each other's company driving around downtown Detroit cleaning the streets for about an hour. Norm Cash didn't care about a person's social status, he just loved down to earth people like he was.

You may remember Norm Cash as one of the great Tiger players, but I have been blessed to remember him as an amazing true friend.

Here are some Norman Cash factoids:
Sadly, Norman Dalton Cash drowned in a boating accident while vacationing with his wife in northern Lake Michigan on October 11, 1986 at the young age of fifty-one. God rest his soul.

***
Another Lindell A.C. Memory from Mel Butiscaris: https://fornology.blogspot.com/2017/04/billy-martin-fight-night-in-detroit.html
Posted by Gregory A. Fournier at 3:43 PM 0 comments

Once the Village of Ypsilanti was chartered by the Michigan Legislature in 1832, growth was steady. But the cholera epidemic of 1836 in Detroit forced Ypsilanti residents to take drastic measures prohibiting travelers from entering their town. Local militiamen were stationed at Bowen’s Tavern three miles east of the village on Chicago Road. 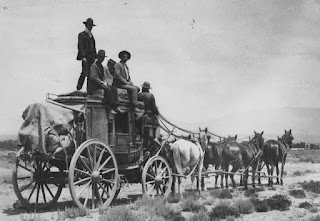 When a stagecoach from Detroit was stopped and barred from entering the village, the teamster attempted to run the blockade when a militiaman shot the lead horse in the head. The horse fell but was only stunned. The lead ball glanced off his skull. The horse was helped to its feet and the angry driver stubbornly pressed forward. The news of the stagecoach incident traveled quickly filling passengers with apprehension. A detour around the village was quickly established and mail service was interrupted. Ypsilanti remained cholera-free, but outsiders were left with the lasting impression that the village was unfriendly and dangerous.


Michigan Central train service was inaugurated on February 2, 1838. Ypsilanti was connected to the rest of the state and became the economic hub for the area’s growing agricultural concerns. The coming of the railroad divided Ypsilanti into two distinct commercial districts. The West Side of the river was  dominated by downtown merchants on the Chicago road. The East Side had the train station and developed Depot Town catering to train passengers and light manufacturing.

The State Legislature chartered Michigan State Normal College in 1849 to be the first teacher training institution west of the Alleghenies. Its mission was to “normalize” public school instruction and set educational standards throughout the state. The college was constructed on Ypsilanti’s high ground on the West Side and eventually became Eastern Michigan University.


Electricity began powering the city in 1887, and a new water-pumping station made possible Ypsilanti’s most prominent feature, the Water Tower, built across from the Normal College. In 1890, the popular Ypsi-Ann steam-driven trolley made travel between the two college towns possible. The Normal College was attended mainly by young women, and the University of Michigan was attended mainly by young men. It was said that the weekends brought a rough parity between the genders. Because the steam-driven trolley cars were loud and scared the horses, the trolley line was soon electrified. In 1898, the Ypsi-Ann connected to Detroit’s Interurban to the east and Saline and Jackson to the west.

Meanwhile, the East Side developed dams and river races along the Huron to power a wool carding factory, a flour mill, grist mills, an underwear factory, a cabinetry shop, and a carriage manufacturer. With the discovery of mineral springs on the East Side in 1882, several sanitariums were established said to cure cancer, rheumatism, skin ailments, and even "women's trouble." Ypsilanti shipped mineral soap, distilled salts, and carbonated mineral water nationwide.

The First National Bank of Ypsilanti was founded in 1864 by Daniel L. Quirk, Cornelius Cornwell, and Asa Dow. These were boom times for Ypsilanti. Many of the city’s most successful entrepreneurs built their mansions along the western bluff of the Huron River looking down at what was once Godfroy’s on the Pottawatomie and a gathering place for Native Americans. The Daniel L. Quirk mansion would eventually become the Ypsilanti City Hall; the Asa Dow mansion would become the Ypsilanti Historical Society, and the John and Mary Ann Starkweather mansion would become the Ladies Library Association.

When the winds of war stirred, the young men of Washtenaw County answered their country’s call. Troops assembled on the Depot Town train platform before shipping out to the Civil War, the Spanish American War, and World War I. After World War I, a period of economic optimism spread throughout much of America, but by the end of the decade, the bottom fell out of the economy and Ypsilanti with the rest of the country was thrust into the Great Depression.

The Ypsilanti community knew hardship and uncertainty before. Their first major disaster happened on March 28, 1851, a great fire destroyed much of downtown. The wooden buildings were soon rebuilt in brick. Ypsilanti’s second disaster occurred April 12, 1893, when a cyclone tore through town. Power lines went down, trees were uprooted, and homes were carried away with their belongings. The community came together and rebuilt once again. Ypsilanti was always able to rally and rise above its afflictions.

But train stations during the Depression were magnets for the displaced and the shiftless. The decade of the 1930s were lean and desperate times for many. In 1931, three unemployed vagrants were out drinking one night searching for someone to rob. They came upon four Ypsilanti teens "parking" south of Ford Lake near Tuttle Hill. The teens were terrorized before being shot to death; then, their bodies were placed in the car, moved to another location, and doused with gasoline. When the bodies were found, they were unrecognizable.  The three murderers were quickly captured, convicted, and sent to Jackson prison under heavy guard to prevent a lynching.

As disturbing as the Torch Murders were, the isolated murder of a seven-year-old boy found frozen under the Frog Island footbridge in 1935 gripped the conscience of Ypsilanti residents like nothing had before. Every parent warned their children to avoid Depot Town, especially since the murderer of Richard Streicher, Jr. was still at large.

Harry Bennet's Role in the Torch Murders: https://fornology.blogspot.com/2013/12/harry-bennetts-role-in-ypsilanti-torch.html
Posted by Gregory A. Fournier at 6:56 AM 0 comments