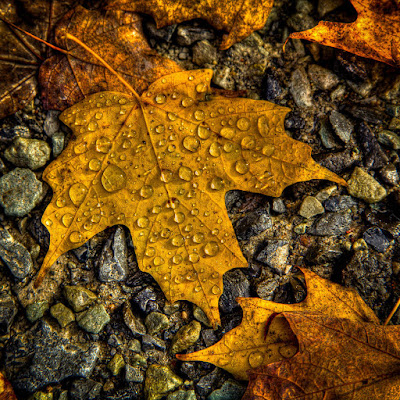 I think about this Robert Frost poem every time I'm asked if The Rainy Day Murders will be finished soon. "The Armful" sums up where I'm at in the writing process.

The Armful
For every parcel I stoop down to seize
I lose some other off my arms and knees,
And the whole pile is slipping, bottles, buns --
Extremes too hard to comprehend at once,
Yet nothing I should care to leave behind.
With all I have to hold with hand and mind
And heart, if need be, I will do my best
To keep their building balanced at my breast.
I crouch down to prevent them as they fall;
Then sit down in the middle of them all.
I had to drop the armful in the road
And try to stack them in a better load.


After seeking advice from several editors, I've decided to restructure the story to strengthen the narrative and sharpen the focus. I'm considering a change of title also.

The only realistic answer to the question--"When will your manuscript be finished?"--is when I master the material rather than it mastering me. The sooner, the better--but not until it is ready.
Posted by Gregory A. Fournier at 6:58 AM 0 comments

San Diego's Old Globe Theater was originally built in 1935 as part of the California Pacific International Exposition in Balboa Park. The building was saved from the wrecking ball in 1937 by a local community theater group for $10,000. The restoration of the theater was a labor of love for the volunteers who worked and performed there until the outbreak of World War II.

During the war years--and for several years afterward--the Globe's stage was dark, except for USO shows broadcast nationally and overseas on Armed Services Radio for the troops. It was not until 1949 that the Old Globe re-instituted its annual Shakespeare Festival with a production of Twelfth Night.

The Old Globe began hiring professional Equity Actors in1959 attracting top talent like Christopher Walken, Michael Learned, Christine Ebersole, Robert Foxwood, Christopher Reeve, and David Ogden Stiers to name only a few. The roll call of fine actors who have graced the Old Globe's stage reads like a Who's Who of American actors. Arson fire destroyed the Old Globe building on March 8th, 1978. The loss of their beloved theater hit the San Diego community hard. But the show must go on! The play running at the time was relocated downtown to the Spreckle's Theater--so it could complete its run. An outdoor structure was quickly built on an adjacent canyon hillside which was ready for the Old Globe's Summer Shakespeare Festival several months later.

The San Diego community rose to the call to rebuild the Old Globe. Fundraising events were held throughout San Diego ranging from blind auctions to Jazzercise marathons. Combined with business support and private endowment funding, the Old Globe was reborn in 1982. The state-of-the-art modern theater opened with a production of Shakespeare's As You Like It.

Built adjacent to the Old Globe are the box office, gift shop, administrative offices, and rehearsal halls. Lady Caroline's Pub lies between the White and the Festival theaters and helps frame the plaza welcoming a quarter of a million patrons to the complex annually.

In addition to Shakespeare's plays, the Old Globe produces a broad array of modern, classic, and original works. Fifteen plays hit the Globe's boards every year. Several of their debut productions have gone to Broadway winning Tony Awards. What began as a community theatrical enterprise has become a top-rated, nationally respected regional theater.

To contact the Old Globe in San Diego tap http://www.theoldglobe.org/?gclid=Cj0KEQjw2v2sBRCazKGu3tSFz64BEiQAKIE1hmAT8fN_kei9eY0LBpDNv1gexCXUY_dA-ZUbXkBCqZYaAnIW8P8HAQ

Preview scenes from this summer's 2015 Old Globe musical production of Kiss Me. Kate.
https://www.youtube.com/watch?v=mTckOI2t21s
Posted by Gregory A. Fournier at 6:56 AM 0 comments 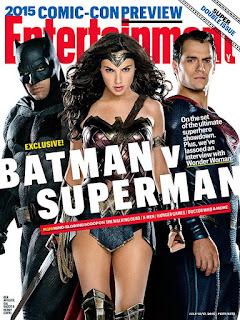 Three hundred comic book enthusiasts attended Comic-Con's first event held at the U.S. Grant hotel in 1970. Organizers soon discovered that working with groups like the Society for Creative Anachronism and the Mythopoeic Society broadened its fan base and attracted a lot of new talent to their event. For the last several years, the gathering at the San Diego Convention Center has been at full capacity with 130,000 participants. The economic impact on San Diego is $180 million.

Popular sponsored events include panel discussions, seminars, and workshops with comic book artists and writers. There are feature film previews and an independent film festival for movies and shorts without a movie deal. Film and television personalities attend this convention to create a buzz about their upcoming projects and take full advantage of the extensive media exposure.

Comic-Con began awarding their Inkpot Award in 1974 to persons of interest in the Popular Arts industry. In 1988, organizers established the Will Eisner Award--named after the pioneering comic book writer and artist. Winners comprise the comic industry's Hall of Fame. Comic-Con has a large ballroom for exhibitors and an Artists' Alley for autographs and photo-ops from artists, writers, and celebrities.

One of the standout features of Comic-Con are the costumes worn by many of the participants and the masquerade contest to determine the year's best. The spectacle is nothing less than Halloween on steroids. No shortage of superheroes, villains, plum smugglers, and buxom beauties.

The San Diego gathering is the Mecca of Geekdom. This year, their king--Conan O'Brien--will host a week of shows from San Diego's historic Spreckles Theatre. Rather than beginning the week with Monday and Tuesday night shows, Conan's week will begin Wednesday night and run through Saturday. Episodes will air on TBS at 11:00 PM nationwide and across their mobile and digital platforms the following day.

Guests already announced are the casts of The Hunger Games, Game of Thrones, and The Walking Dead. Saturday night's line-up is a secret--making me think it might be the cast of next year's Batman v Superman. I'll have to tune-in to find out.

Comic-Con is suffering from its own success and has outgrown the present San Diego Convention Center facility. Because of overcrowding, organizers have capped attendance since 2007. In October 2013, the San Diego Coastal Commission approved a $520 million expansion to add another 225,000 square feet to the facility.

A new 80,000 square foot ballroom is planned, and a second tower will be added to the Hilton Bayfront Hotel adjacent to the convention center increasing its capacity by 500 rooms. Comic-Con is expected to remain in San Diego for many years to come.

Comic-Con 2015 is already sold out, so begin planning for 2016. Information about obtaining an authorized Member I.D. number and purchasing tickets for next year's event can be found at this link:  http://www.comic-con.org/cci/purchase-badges
Posted by Gregory A. Fournier at 8:00 AM 0 comments