Every Mothers' Day weekend for the last thirteen years, San Diego has been home to the Gator-by-the-Bay Festival-held at Spanish Landing on San Diego Bay. This year's event is May 7-10th. Michael Doucet & Beausoleil concert is scheduled for Thursday night, and a Gator at Night dance is on Friday--but the real action takes place over the weekend--May 9th and 10th. 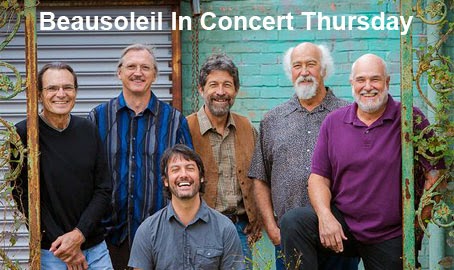 Five stages host zydeco and Cajun music as well as blues, swing, rock, country, and jazz. National, regional, and local musicians enjoy performing at Gator-by-the-Bay because of the beautiful venue and the lively crowds. Free dance lessons are given throughout Saturday and Sunday in partner dances and line dances. Especially welcome are the large, shaded, wooden dance floors located at each end of the festival site.

This is a Mothers' Day, family friendly event with arts and craft activities for kids, assorted vendors, and over twenty food booths. Festival organizers ship in 10,000 pounds of fresh crawfish from Louisiana for the weekend and boil them right there with potatoes and corn on the cob. The Gator-by-the-Bay Festival typically draws up to 12,000 people, and a good time is had by all. 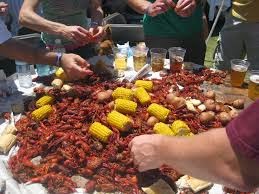 
For more information, check out this link: http://www.sandiegofestival.com/
Posted by Gregory A. Fournier at 4:55 AM 0 comments 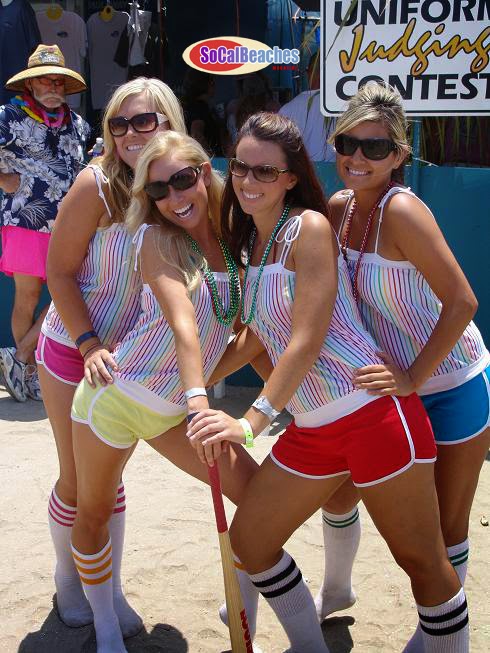 The Over the Line (OTL) tournament began in 1954 when members of the Old Mission Beach Athletic Club (OMBAC) organized their first event--their motto was Booze, Babes, and Beach Boys. These basic ingredients haven't changed much over the decades.

OTL began as a local San Diego County beach competition, but it has grown into what it is now, an international event with over 1,200 teams competing. The OTL tournament has become San Diego's most iconic and largest summer venue attracting over 60,000 spectators and participants to Fiesta Island in beautiful Mission Bay over the second and third weekends of July. 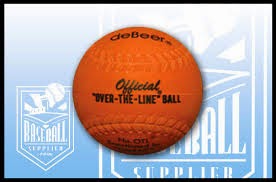 OTL is a bat and ball game played out on the sand--though a beach is not a necessity. It requires only three players per team: the batter and the hitter are on the same team. The fielders (other team) stand behind the line in fair territory. The pitcher tosses an official game ball up and the batter swings at it with a softball bat. If the ball is hit into fair territory without a fielder catching it, a run is scored. A hit can also be scored when a fielder drops the ball in fair or foul territory. Base running is not a feature of this game. Women use softball gloves, and men can use golf gloves.

An OTL court is laid out with rope staked into the sand. At one end of the court is a triangle whose longest edge is 55' (17meters) called The Line. The point of the triangle called Home is 55' from The Line. The pitcher and the batter both work from there. Parallel ropes mark the Fair Territory which extends as far as a ball can travel. Three fielders position themselves within Fair Territory. 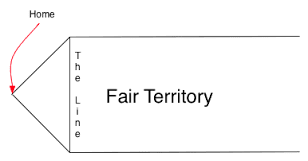 An out is made if the ball is hit in the triangle, the batter swings and misses, the fielders catch the ball, the batter has two fouls, or a player bats out of order. As with baseball and softball, three outs ends a team's inning at the plate.

Runs are scored after the third hit in an inning and each hit after that. A home run is a hit that lands past the furthest fielder from the line--not over, just past--without being touched by the fielder. The batter scores a run and all of the unscored hits that preceded the homerun.

The Miss Emerson contest is a favorite sidebar attraction for the male horn-dawgs in the crowd. Young adult women shed their tops--behind a cordoned-off area--in exchange for an official OTL T-shirt. At the awards ceremony, the new Miss Emerson is crowned and given a bouquet of flowers. The derivation of the Miss Emerson title started as a bad knock-knock joke that can be found in the link below--along with a listing of men's and women's team names from 2011.

Over recent years--to gain more wide-spread municipal support for the event--the bawdy atmosphere has been toned down somewhat to emphasize the sport rather than the spectacle. OMBAC has instituted the Seven Bs:
OTL is taken seriously by the players, many of whom have been competing for decades. Most people in attendance come to drink beer and enjoy the scenery. Organizers state up front that this is an adult event inappropriate for children.

Gone Girl Takes the Mystery-Thriller Up a Notch 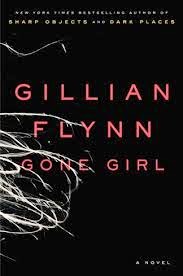 Gone Girl by Gillian Flynn was published in June 2012, and I have only just read it. My overall response is she has raised the benchmark for the mystery-thriller genre to a literary level. At its heart, her story examines the inner workings and underpinnings of relationships.

Gone Girl is a dissection of one of the most complex of human relationships--the psychological warfare played out on the battlefield known as marriage. This is a He said-She said story ripe with ironies and lies. Gillian Flynn alternates her dual first-person narration between husband and wife Nick and Amy Dunne. Each point of view is unique and searing--one male, the other female. The delicate balance between the spoken and the unspoken is laid bare in their thoughts. Anyone who was ever in a dysfunctional relationship will hear echoes of their own interior monologue resonate through the words of these characters.

The couple's unapologetic and unrepentant narratives reveal their deep-seated psychological motivations and justifications for their corrosive actions. The primal forces have been transgressed and someone must be punished. But who? While Nick is following the algebra of Amy's thinly disguised wedding anniversary riddles, Amy is dishing out the calculus for his punishment. The reader is left to do the math. 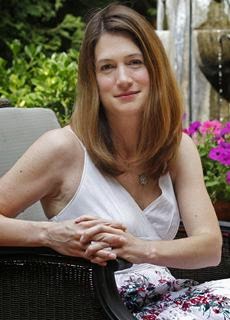 Gillian Flynn has been accused of misogyny in her portrayal of women, but Flynn reveals what readers have known since Shakespeare: the gentler sex can be as wicked, cruel, and vindictive as men. Anyone recall Lady Macbeth? How about the William Congreve quote, "Hell hath no fury like a woman scorned"?

I especially like Flynn's use of realistic language to depict authentic human interaction. When used, the coarse language gives the rest of the work a distinct air of verisimilitude. Lesser authors would have softened their use of blue language and gender invective in favor of being less offensive to readers--but there is plenty of fiction around to satisfy those tastes. Amy Dunne's cool girl soliloquy is a classic that tears down both men and women and takes aim at the games we play to be a part of a relationship. 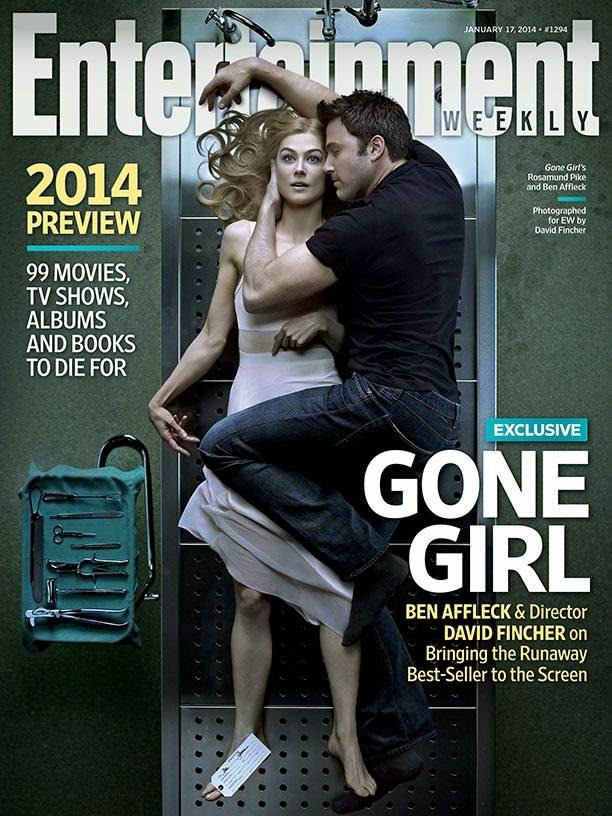 I have seen the 2014 film starring Ben Affleck and Rosemund Pike--in the lead roles of Nick and Amy Dunne--and thought the David Fincher movie was first-rate. A quick check of Gone Girl's credits revealed that the screenplay was written by Gillian Flynn, which accounts for the continuity from page to screen. One of the film's producers--who bought the movie rights--was actress Reese Witherspoon.

Witherspoon wanted the role of Amy, but director Fincher didn't think she was right for the part. Given the great job Rosemund Pike did, I think he may have been correct.

Seeing the film before reading the novel did not diminish my appreciation of the ragged inner lives of the main characters or the spot-on portrayal of our media obsessed culture that roots out the worst and always assumes that the husband dunne (sic) it. Jillian Flynn's novel Gone Girl is emblematic of its age.

Here is a trailer for the movie: https://www.youtube.com/watch?v=Ym3LB0lOJ0o

Author Gillian Flynn speaks about misogyny regarding her depiction of women: http://www.theguardian.com/books/2013/may/01/gillian-flynn-bestseller-gone-girl-misogyny
Posted by Gregory A. Fournier at 6:55 AM 0 comments 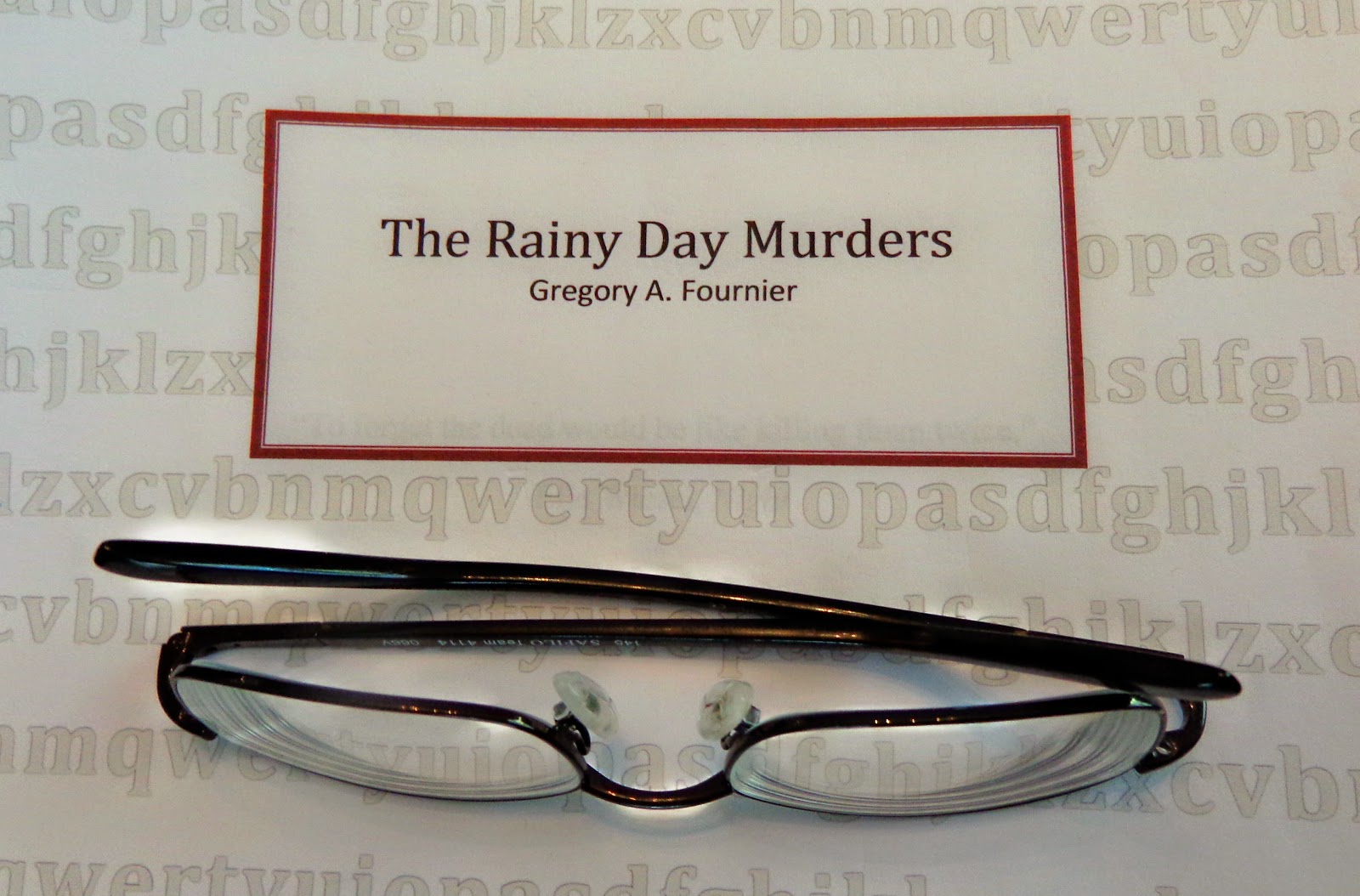 To take The Rainy Day Murders (RDM) to the next level, I have enlisted the aid of five highly-qualified beta readers. A beta reader is a non-professional reader who reads over the manuscript giving suggestions on how to improve the material. Beta reading is typically done before a book is published.

It was time for me to step back and see how people coming to the material for the first time would react to the manuscript of the Washtenaw County sex murders of the late 1960s in Michigan.

It is surprising how easy it is for a writer to overlook common mistakes. The eye sees, but doesn't see itself. Nagging grammar, spelling, and punctuation mistakes are mechanical errors that can be easily fixed, and fresh eyes are always appreciated to snare them. But organization and content matters are of more concern to me: Does the narrative move well? Are there continuity problems? Where are the hollow spots? Is the material believably presented? Do the facts and assertions appear accurate? Is the story a respectful treatment of difficult material? These are my areas of particular interest.

Working with this material for over four years has given me a form of writing blindness called authorial myopia. I needed some time and distance from RDM to gain perspective and recalibrate my vision to strengthen the manuscript.

Once my beta readers report to me, I will devise a specific plan for one last revision and begin looking for representation and a publisher. Barring that, I will self-publish RDM and make it available over the Internet.

The descriptions in RDM are often graphic but never lurid. I have endeavored to portray the victims with dignity and respect while--at the same time--providing the public with documentable information regarding the details of the seven young women's murders. This was not an easy story to write, nor will it be an easy story to read for some people. I have strived to make RDM as accurate as possible given the limitations of the historical record.

The facts and circumstances of these tragedies deserve to be told to prevent them from falling further through the cracks of governmental neglect and the deliberate obfuscation by John Norman Collins.

Here is a link to my post about the victims: http://fornology.blogspot.com/2013/01/the-rainy-day-murders-who-were-victims.html
Posted by Gregory A. Fournier at 6:21 AM 0 comments