I found a site with nothing but 360 degree panoramic shots of an incredible range of eye-popping subjects. The video linked below will connect you with the site. I chose a shot from the Redondo Beach fire as an example. Our California conflagrations are legendary, and so are the firefighters who battle them.

In late October 2007, half of San Diego County was on fire. After a hot, difficult week of trying to control the blazing inferno, two fire trucks pulled up my street on Halloween night and parked in front of my house while the kids were trick-or-treating. A crowd of excited kids and wary neighbors gathered expecting to be evacuated.

The firefighters, many with children of their own, couldn't be home with their kids. Six or seven of them in firefighting gear climbed off their trucks holding their helmets upside down, each brimming with candy. Weary and worn, they worked their way through the crowd handing out candy. It was a touching scene I'll never forget. We love our firefighters!

http://www.panoramas.dk/US/california-wildfire.html
Posted by Gregory A. Fournier at 8:15 AM 0 comments 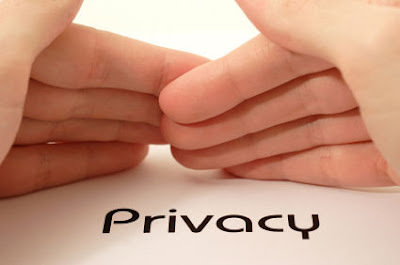 Apparently, there are some people in this country who believe they have a right to privacy, but it's not in the Bill of Rights, though many of us feel it should be.

If you are on the internet, use a cell phone, have a GPS unit, use a credit card, been arrested, been born in a hospital, or have a social security number, not only the United States government but damned near anyone else on the planet can find more information about you than you know about yourself.

In the link below, there is a list of hundreds of words the U.S. Homeland Security monitors in internet messages and in blogs. I've used a couple dozen of these words myself and plan to use more in the future.

Maybe this is why every time I travel by plane, my suitcase gets checked either coming or going. As I suggested earlier in this post, the presumption of privacy for individuals doesn't exist in the modern world.

http://www.dailymail.co.uk/news/article-2150281/REVEALED-Hundreds-words-avoid-using-online-dont-want-government-spying-you.html?ICO=most_read_module
Posted by Gregory A. Fournier at 12:57 PM 0 comments 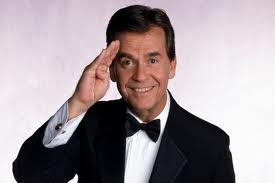 The passing of Dick Clark truly marked the end of an era. Not a performer, not a musician, he made an indelible impression on the boomer generation, in Rock and Roll, and on American television.

When you want to time travel to a simpler time (for boomers anyway), here is the most enjoyable fifteen minute trip down memory lane you are likely to have for quite awhile.

http://www.youtube.com/watch?v=4E5xy6gjnt4&feature=related
Posted by Gregory A. Fournier at 12:00 AM 0 comments 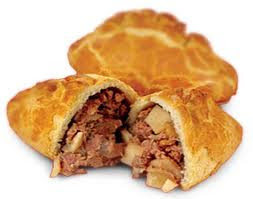 One of the regional food items in Michigan's Upper Peninsula is the Cornish pasty. Miners from England who worked the copper mines here brought this traditional British meat and vegetable staple with them; once heated, they are a warming and welcome lunch during brutal winter days.

When I worked at Zug Island in Lower Michigan, the workers would heat pasties, as well as other home cooking, by placing them on the fire brick or next to steam pipes. The comfort of a hot lunch on a freezing day can not be overestimated, and pasties doubled as hand warmers too. 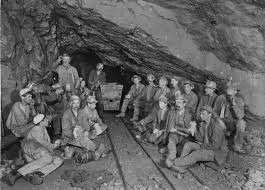 If you have never had an authentic pasty, don't worry, they are relatively easy to make and they store well in the freezer for later use.

The link below includes a free recipe from a Cornish woman, and attached to that is a video which shows the proper pasty preparation technique. Enjoy!

http://www.picturebritain.com/2012/03/cornish-pasties.html
Posted by Gregory A. Fournier at 7:39 AM 0 comments

In the Interest of Truth 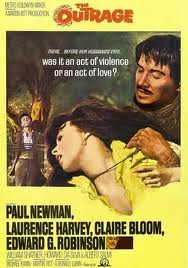 The elusive nature of truth is a concept dependent on so many factors. Nowhere is this examined better than in the film, The Outrage (1964) with Paul Newman, based on the Japanese classic, Rashomon.

A carnal crime against a woman and the murder of her husband are examined by an Old West court in front of the smoldering jail/courthouse which the defendant has burned down trying to escape. Each eyewitness tells a surprisingly different version of the same event.

The role of motive and point-of-view are examined in trying to determine truth, and this movie dramatically illustrates why eyewitness testimony is unreliable and considered soft evidence in court. Does truth lie in the eyes of the beholder? Where else would it hide?

In addition to Paul Newman as the notorious rapist, Carrasco; the talented Claire Bloom plays the "gracious" Southern belle; the distinguished Laurence Harvey plays her husband; William Shatner plays a disillusioned young preacher, before he donned the Star Trek uniform; and Edward G. Robinson, in what may be the best performance of his career, plays a cynical card player.

In actual life, we all have our elemental certitudes that determine how we view life and react to things. In matters and issues of religion and politics, it is difficult to navigate through the dogma and posturing to know what to believe. The philosophy that "I know what I know. Don't confuse me with the facts!" seems forever emblazoned on the banner of American public discourse.

For those seekers of truth regarding political rumors, urban legends, and outrageous claims made on the internet, the two websites below offer extensive and astute research to answer the question, "Is that true or what?" Ultimately, what people decide to believe is up to them and their conscience.

http://urbanlegends.about.com/od/reference/a/new_uls.htm
Posted by Gregory A. Fournier at 1:57 PM 0 comments

There isn't a holiday or event I look forward to more every year than the Gator-By-the-Bay Festival, held each Mother's Day weekend for many years now at Spanish Landing on San Diego Bay. Hosted by the Bon Temps Social Club, the organizers have created a music and dance event that continues to improve as the fame and the popularity of the festival spreads.

The crowd includes people from all around the United States who love dancing to Creole and Cajun music or who just love listening to great live entertainment. This is a well-organized family friendly event with something for everyone.

Zydeco music is fun and easy to dance along to. Why? Because there are no zydeco police. Can't dance? Nonsense! The weekend is cram packed with free lessons located conveniently between the two main dance floor stages.

One of the main stages is for zydeco and Cajun music and the other serves up a variety of blues groups. If you don't think people dance much anymore - you really have to come here. Lessons in West Coast Swing and Jitterbug are also available throughout the day Saturday and Sunday.

If you are in the San Diego area this weekend or coming into town to visit dear old mum, bring her to the Gator Festival. Great food, colorful vendors, lovely San Diego weather, plenty of liquid refreshments, and one of the liveliest rites of spring you are unlikely to encounter anywhere else.

For more information and the talent lineup, check out the link below:
http://www.gatorbythebay.com/
Posted by Gregory A. Fournier at 1:56 PM 0 comments

One year ago this month, I began my blog - Fornology - and coincidentally this is my one-hundredth post. That means coming up with new content every three to four days - or an average of two posts per week. I've discovered that it is surprisingly enjoyable.

I began reluctantly at the prompting of my publicist, Paula Margulies, but now, posting is a natural part of my weekly routine. Sometimes, I have a definite idea of what to write about, but other times I'll see or hear something that I want to pass on to my readers. More often than not, I document what I'm doing with my writing projects: promoting Zug Island in print and on the radio, for instance, and on the writing of In the Shadow of the Water Tower, which deals with John Norman Collins, alleged coed killer from the late 1960s.

Blogging allows me the instant gratification of immediate publication and gives me an outlet to feed my writing habit. Each post is a creative micro burst which helps me build an audience for my longer works. I check my stats daily and am pleased with the steady rise in hits each month. My blog is approaching 7,000 hits.

That Russia is my second largest audience next to the United States is amazing to me. Then to see the Canadians catching up, with the Germans close behind, is like going to the races. These "audience" stats have meaning only to me, but it reminds me of the power of the world-wide web to reach out and communicate with people internationally. The Global Village has become a reality to me.

On Friday, May 4th,  I did a web radio interview on the Hollis Chapman Show about my debut novel, Zug Island.  My segment begins the show and is thirty minutes long. We had some minor technical difficulties early on but managed to work through them while on the air. It's live radio.

http://www.blogtalkradio.com/hollischapmanshow/2012/05/04/join-our-cool-voice-over-show
Posted by Gregory A. Fournier at 1:14 PM 1 comments 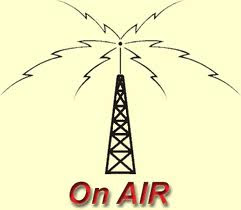 On Friday morning, I will be doing my first Skype interview on web radio, and I'm excited about it. There is a call-in contest where you can win one of two copies of Zug Island: A Detroit Riot Novel. The number to call is (646) 595-4326 - 1:00 PM Eastern time - 10:00 AM Pacific time. http://blogtalkradio.com/hollischapmanshow.

This should be fun. Afterwards, the interview can be found on a continuous loop by accessing the Hollis Chapman Show archives or by running the link on my blog post next week. Hope you can join me.
Posted by Gregory A. Fournier at 3:07 PM 0 comments