Over twenty-three years after his execution, Ted Bundy still appears to have the ability to animate himself in the minds of people who have fallen under his spell. In the link below, Katherine Ramsland makes the point that Bundy remains the most popular serial killer in American history, who continues to inspire numerous ghost sightings across America which adds to his legend.

More Americans today believe in ghosts and angels than believe in scientific fact. The inability of many people in our culture to distinguish between fantasy and reality goes much further that the willing suspension of disbelief. For too many people, delusional behavior forms the basis of their elemental certitudes about life. It informs every decision and judgement they make.

Serial killers are deranged individuals who fascinate many people, but to create folklore and urban legends about these psychopaths only obscures their wanton disregard for human life and sensationalizes their depravity. There has been no shortage of Bundy ghost sightings since his electrocution in a Florida state prison on January 24, 1989.

In doing research for my book on John Norman Collins, for example, I came across a novel called Archetype, about an Eastern Michigan University student who falls under the spell of the John Norman Collins mystique. He researches the murders and tours the body drop sites.

Soon after, the "voices" of the victims begin to talk to him and urge him to solve their murders and answer their question, "Why". A few weeks later, the tormented student obsesses and decides to murder seven women of his own to stop the voices. He sets about killing innocent EMU coeds with impunity, and then the book ends abruptly with him getting away with it and no point being made. Perhaps the author intended to write a sequel.

This is the only book I've ever read where the publisher includes a disclaimer: "At the specific preference of the author, Publish America allowed this work to remain exactly as the author intended, verbatim, without editorial input."

It is my belief that mixing true-crime and the paranormal only obscures the facts and sensationalizes the crimes of these inhuman monsters. My true-crime book on the John Norman Collins murders, In the Shadow of the Water Tower, will endeavor to give the facts of this case and tell as accurate a portrayal of the events of those terrible days as I possible can.

http://www.psychologytoday.com/blog/shadow-boxing/201210/ted-bundys-ghost/comments
Posted by Gregory A. Fournier at 9:19 AM 0 comments 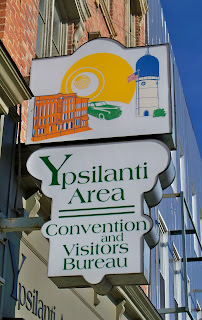 I just returned home after two weeks of field research for In the Shadow of the Water Tower on John Norman Collins and the Michigan murders in and around Ypsilanti, Michigan. People have started to come forward and share information from those difficult days forty-five years ago.

These cases from the late Sixties are still considered "open" by the Michigan State Police. Getting information about them from official sources is no easy task. The Washtenaw County Courthouse, for instance, has "purged" the Collins' files from their records.

But thanks to the efforts of my chief researcher, Ryan Place of Detroit, Michigan, we were able to invoke the Freedom of Information Act to obtain more than 1,000 pages of prison documents from the Michigan Corrections Department.

Soon we hope to have a similar number of documents from the Michigan State Police. Most of these files will have routine information, but we are sure to find some nuggets of new information in them as well.

Thanks for your hospitality.
Posted by Gregory A. Fournier at 12:42 PM 0 comments 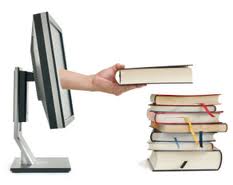 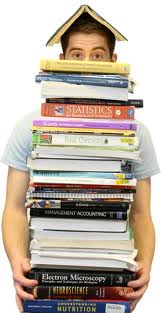 Governor Jerry Brown is promoting a program that will help California students struggling with the rising cost of a college education. He is proposing that the state fund fifty open source digital textbooks for undergraduate, entry level courses. The governor also wants to establish a California Digital Source Library

California is the first state in the union to propose such a plan which will save students millions of dollars each semester and make a difference in the lives of students who would not be able to afford college and pursue a career otherwise.

When I went to the Washtenaw County Courthouse to get transcripts for the John Norman Collins case last fall, I was surprised to discover that those files had been "purged" from their records. The explanation was that they were old and it was a cost saving move.

I was dumbfounded. I'm  hoping that they are stored deep in a warehouse someplace, so I continue my document search. It is hard for me to imagine that history can so wantonly be destroyed because of a short sighted budget decision.

With the absence of official documentation, it would be impossible to piece this forty-five year old case together were it not for a small handful of reporters who went beyond the headlines and wire service reports to document this case. Hundreds of stories were filed in newspapers cross the state of Michigan and beyond, but some reporters stand out.

First and foremost is William (Bill) Treml, crime reporter for The Ann Arbor News in those days. This was Bill's first big break and the longest lasting case he ever reported on. His news stories were the most detailed reporting on the string of seven murders that plagued the campuses of Eastern Michigan University and The University of Michigan.

Bill Treml also had a virtue that made his reporting cutting edge; he had the trust of local law enforcement which placed him at the top of the list for inside information. The Detroit News and The Detroit Free Press reporters were outsiders and were treated that way. There is something to be said for reporters not getting too cozy with authorities.

Walker Lundy of The Detroit Free Press stung Washtenaw County law enforcement with a string of critical articles on local police efforts, but none more scathing that his report on the botched "mannequin" mantrap where he described police as the "Keystone Kops." This was a major slap in the face for local law enforcement who was on the verge of capturing the killer when the governor took over the case and handed it to the Michigan State Police. Lundy's critical eye and adversarial relationship with the police gave his reporting more of an edge than Treml's.

The pressure to solve these cases was intense in Ypsilanti and nobody kept the police on their toes more than John Cobb of The Ypsilanti Press. John was licensed to have police band radio scanner in his car and was often on the crime scene taking pictures and snooping around before the police could get there. For a time, he was under consideration as a possible suspect.

The last reporter I would like to single out is Cynthia (Cindy) Cygan of The Macomb Daily. She had a distinctive approach to her stories. The Daily was the local Warren and Center Line newspaper, the hometown paper of the Collins' family.

Miss Cygan went to school with John Norman Collins sister, Gail, and now she found herself reporting on the trial of Gail's younger brother. Cygan often reported about the family in the courtroom or about the spectators, some of whom came to see Collins. Her perspective provided a necessary counterpoint to the overall reporting of this case.

I owe a debt of gratitude to these reporters in particular and also to the nameless staff reporters who helped to preserve this history, so I can reconstruct this "lost" case for the true-crime book I am writing entitled, The Rainy Day Murders.
Posted by Gregory A. Fournier at 7:57 AM 0 comments

In the Shadow of the Water Tower - Revisited

Detroit's rock and roll blogger extraordinaire, Kim Maki (Retrokimmer.com), has agreed to help me in my quest for information on the John Norman Collins' murders of the late Sixties in Ypsilanti, Michigan.


Kim is a longtime resident of Ypsilanti who remembers the dark cloud that hung over Washtenaw County for two long years when seven young women were sexually abused and brutally murdered. See her video on the Michigan Murder Landmarks in the link below.

Contact me with any information you can share on these matters. Every piece of the puzzle is important. Your confidentiality will be respected.

or mail me at:

http://www.retrokimmer.com/2012/09/new-michigan-murders-book-project.html
Posted by Gregory A. Fournier at 12:00 AM 1 comments