History of the Lone Ranger--The Movies (3/3) 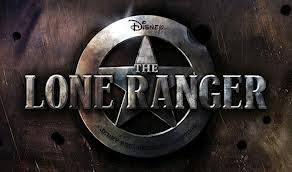 Clayton Moore and Jay Silverheels reprised their television roles with three full length feature films. The first one was The Lone Ranger Rides Again made in 1955, the last year of filming the television series. The following year in 1956, the film The Lone Ranger came out. Then in 1958, The Lone Ranger and the Lost City of Gold was released. This was the last time the two men worked together on a Lone Ranger project.

In May of 1981, The Legend of the Lone Ranger came out. The copyright owner took out an injunction against Clayton Moore to prevent him from wearing the Lone Ranger trademark mask. The firestorm of bad publicity hurt the film at the box office. Despite massive publicity, the movie lost eleven million dollars.

An authentic Yaqui Native American, Michael Horse, played Tonto, and the masked man was played by newcomer Klinton Spilsbury. Spilsbury had such trouble reading his lines convincingly that actor James Keach was hired to overdub his dialogue for the entire movie. 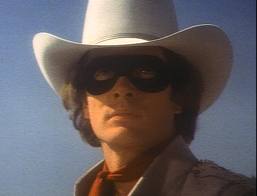 For thiry years, it was thought that the Masked Crusader of the Old West and his loyal companion Tonto were box office poison. The idea for a new Lone Ranger film knocked around Hollywood for years with nobody willing to pony up the money.

But in May of 2007, Disney Corporation signed on to distribute a Jerry Bruckheimer produced film and released the newest version of The Lone Ranger on July 3, 2013. The movie stars fan favorite Johnny Depp as Tonto, Armie Hammer as the Lone Ranger, and Ruth Wilson as the female lead. The Lone Ranger rode again, but not to the delight of the fans! 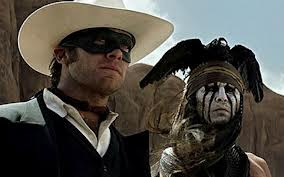 Check out a trailers from the movie:
http://www.youtube.com/watch?v=q42DrlOczi0 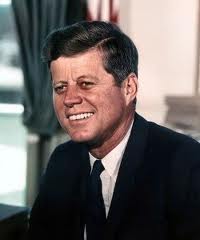 On October 20, 1960, presidential candidate John F. Kennedy's motorcade was stopped at about 1:10 AM by Eastern Michigan University students who jammed W. Cross St in front of McKinney Student Union. Kennedy was on his way to a political rally in Ann Arbor the following day.

He made a two or three minute speech telling the cheering crowd of students that he stood "for the oldest party in years, but the youngest party in ideas." Because of the late hour, President Kennedy asked to be excused explaining he had a difficult schedule planned for the next day. 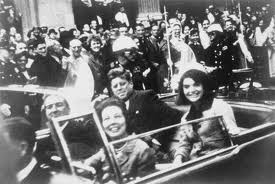 In his inaugural speech on January 20, 1960, the new president boldly stated that "a torch has been passed to a new generation." Three years later, on Friday, November 22, 1963, at 11:30 AM, an assassin's bullets cut down President John F. Kennedy in Dallas, Texas, while he was campaigning for a second term. He was pronounced dead on the operating table thirty minutes later.

At 1:00 PM, the intercom system at Allen Park High School broadcast the sound of Walter Cronkite making the announcement that John F. Kennedy, thirty-fifth president of the United States was dead, then he paused. The principal came on and asked for a moment of silence.

I was in sophomore biology class. The shocked silence was punctuated first by wimpering and then open sobbing. This was a defining moment for an entire generation. A mourning wind swept over the nation and the world held its breath. 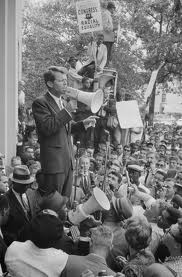 The President's younger brother, Senator Robert F. Kennedy, made the trip to Eastern's campus on Saturday, October 29, 1966. He made a brief speech in support of Michigan Democratic candidates to 3,000 cheering students gathered on the steps of Pease Auditorium. He too was on his way to an Ann Arbor political rally.

Less than two years later on June 6, 1968, Robert F. Kennedy met the same fate as his brother after a political rally in Los Angeles, California. What was going on in America?

The nineteen sixties were a troubled time for our country. Vietnam and the Cold War were international issues, but Civil Rights was a national issue that hit home with explosive force. The United States began to tear itself apart from the inside over domestic issues.

Medgar Evers was shot down in Jackson, Mississippi, on March 25, 1965; Malcolm X met his violent end on February 21, 1965; Viola Liuzzo (Freedom Rider and mother of five) was shot twice in the head while driving her car in Lowndes County, Alabama, on March 25, 1965; and Martin Luther King was murdered by sniper James Earl Ray in Memphis, Tennessee, on April 4, 1968. 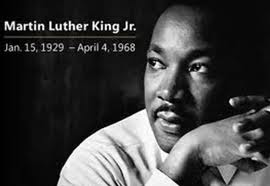 After the murder of Dr. King, urban riots began to break out across America. By the decade's end, growing protests against the Vietnam War rocked every university campus in America.

When the nation watched the live television coverage of the political rioting at the 1968 Democratic Convention in Chicago, the country became cynical about where we were heading.

America had become a seething cauldron of political and social upheaval. Even on the basic family level, the politics of college aged children were usually different from the politics of their more conservative parents. The term "generation gap" was born. Anti-establishment fervor had not been so pronounced in the United States since the Civil War.

Eastern Michigan's president, Harold Sponberg called the County Sheriff and asked him to clear the protesters out of his building. While that was being staged, the first floor corridor of Pierce Hall was thick with students.

At the time, I was a junior majoring in English Language and Composition. I was also a volunteer reporter for the campus underground newspaper, The Second Coming, published by Frank Michels. Frank was a journalism major who was thrown out of Eastern Michigan on an exaggerated charge of inciting student unrest on campus.

His paper ran anti-war articles and counter-culture features, as well as reporting news of interest that the university sponsored paper, The Eastern Echo, wouldn't print.

On the late afternoon in question, I was in Pierce Hall reporting on the sit-in protest. Several people were trying to get the crowd worked up, but it was a weak effort. 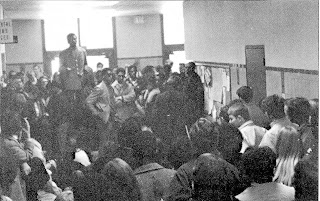 Then, a black guy no one had ever seen before wearing a red Sergeant Pepper jacket, stood on a chair near me, held up a lighter, and struck it. He started saying "Burn, baby, burn." A couple of white students in the crowd began to heckle the would-be fire starter and the lighter was put away.

I left the standoff in the corridor to see what was going on outside the building. Some students were milling around but not in great numbers. That's when the police moved in.

In full riot gear, the county cops cleared and secured the building and broke up the protest demonstration without major incident. The Michigan State Police were called in to surround and protect President Sponberg's home. And that was how it ended, almost as quickly as it began. 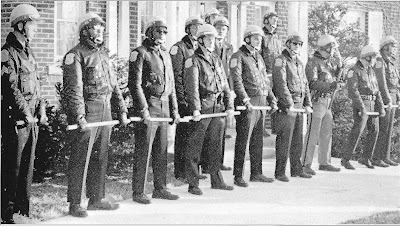 ***
Fifteen months later in May of 1970, campuses around the country erupted when it was discovered that President Nixon had secretly ordered troops into Cambodia and Laos. This time, Eastern Michigan students protested in large numbers and were more impassioned and vocal, though most of the protesters were peaceful and held back from the fray.

As night fell, the crowd was getting progressively more unruly. An EMU Ford Econoline van was pushed onto Forest St. from the back of McKinney Union. It was turned over by a group of male rowdies to block the street. Someone took apart a traffic barricade and several of the guys took the wooden cross member, running it through the windshield of the van. Now, it was game on with the police.

The Washtenaw County police drove a police bus full of riot clad officers onto Forest Ave. They jumped out to confront and arrest the protesters. Then, the canine patrol joined the fracas from the opposite end of the street.

The same bus was used as a makeshift paddy wagon. One of the more vocal and violent protesters to be arrested was not an Eastern student, but someone known by police as an "outside agitator." Dave was one of the leaders of the demonstration.

He put up quite a fight before he was apprehended and thrown into the bus. Running to the back of the bus, he kicked out the emergency back window and escaped with many others.

As he fled north through the darkened campus area, he hurled several large rocks through the windows of some buildings along the way before he vanished into the shadows. This I witnessed.

Flying above the turmoil in a helicopter, Washtenaw County Sheriff Douglas Harvey threw tear gas bombs onto the crowd. Not long after that, the protest demonstration ended.


When I interviewed Sheriff Harvey last summer for the book I'm writing on John Norman Collins, he told me the helicopter story. I mentioned to the former sheriff that I got a whiff of his tear gas that night. He told me he's heard that from lots of people, and we both laughed, though at the time it didn't seem that funny.

Posted by Gregory A. Fournier at 7:45 PM 1 comments

A cholera outbreak in Detroit in 1832 prompted the Michigan legislature to pass an ordinance to prevent immigrants or travelers from spreading the disease throughout the territory. The overprotective frontier nature of the Ypsilanti residents gave the village the reputation of being a dangerous and fearful place to be if you weren’t a local. No one died of cholera that year in Ypsilanti, and the impression persists that the residents of the area are proud of their cantankerous frontier past.

When a wave of lawlessness and terror swept through Ypsilanti in the late 1830’s, a vigilante committee was formed to clean up the village. Secret meetings were held at different locations monthly, and by all accounts, they did an impressive job. “By the end of 1839, one-hundred and twelve men had been convicted of crimes, hundreds of dollars in stolen goods were recovered, and many undesirables were asked to leave town.”

Ten years later, ground was broken on a three storied structure that became the first building of the Michigan State Normal College which later became Eastern Michigan University. The first term began with 122 students in 1853. Males had to be eighteen and females had to be sixteen. A statement of intent to teach in a Michigan school had to be signed by every student.

Michigan State Normal College was the first teacher training school west of the Alleghenies and was, for fifty years, the only “normal” college in Michigan. As it grew, it became Eastern Michigan College in 1956, but by 1959, Eastern had been granted university status by the state legislature because of its widening educational mission. 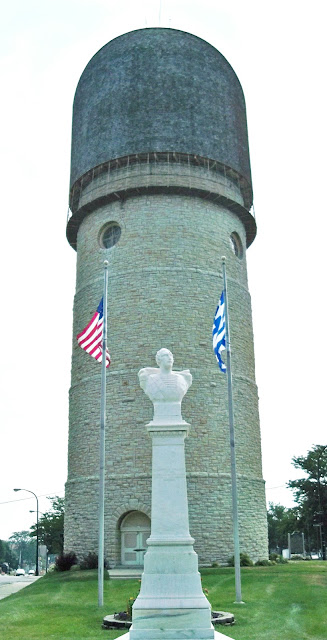 The signature landmark in Ypsilanti has long

been The Water Tower built on the town’s

clad, elevated reservoir that once was topped by

an octagonal cupola, removed in 1906 due to

fears of strong winds hurling it 147 feet below.

Union building on the southwestern edge of the campus.

metaphorically passed a torch to a new generation in his

inaugural speech. Little did the new President know what history

had in store for America by decade's end.

since the Civil War. It was the age of the Vietnam War, political

Black Panthers, the draft, and the heyday of the Cold War.

all over America felt the dissonant chords of political dissent and

and The University of Michigan were no exceptions.

Posted by Gregory A. Fournier at 7:33 AM 1 comments