Compiling a criminal profile after an offender has been captured is like forecasting yesterday's weather tomorrow. It takes little skill and runs counter to the purpose of profiling which is the apprehension of a prime suspect. Still, by reversing the process, I hope to develop a convincing profile of serial killer John Norman Collins (JNC).

JNC was charged and convicted of the sex slaying of Karen Sue Beineman in January of 1970. Karen was a freshman at Eastern Michigan University in July of 1969 when she willingly took a motorcycle ride from a handsome stranger who seemed harmless enough. She was never seen alive again.

Convicted of Karen's murder, JNC was believed by the court of public opinion to be responsible for the murders of at least six other women, though he was never formally charged with any of them. Washtenaw County Prosecutor William Delhey held the other cases in abeyance against the day that JNC would try to maneuver his way out of prison. He did not want to take a chance that Collins would ever get released without serving his full life sentence.

Because Collins was charged and convicted of only one murder, he is not officially considered a serial killer in accordance with FBI guidelines. His case has largely escaped public notice outside of Michigan and fallen into obscurity. That does not change the reality that he murdered more than one woman in the Ypsilanti/Ann Arbor area.

In addition to the Washtenaw County murders, JNC was indicted by a Monterey, California grand jury for the murder of seventeen year old Milwaukie, Oregon resident Roxie Ann Phillips. This murder case had hard physical evidence to link Collins to the victim. It was the strongest case against Collins, but Michigan Governor William Milliken denied California Governor Ronald Reagan his extradition request and California dropped the case.

Of the four FBI Behavioral Science Unit classifications for serial murderers, the Anger-Retaliatory Rape/Murderer and the Anger-Excitation Rape/Murderer classifications provide the most revealing profiling characteristics relevant to JNC. Each will be handled separately. Serial killers who represent in more than one category are called "mixed." John Norman Collins is one of those.

Without a hardcore confession from John Norman Collins himself, the full truth of these matters will never be known. With JNC securely locked away, it is unlikely that he will ever be charged with any of the other six murders his name is associated with. But once what is known about these other cases is revealed, the court of public opinion will have little trouble deciding on Collins' guilt or innocence in the murders he was never charged with.

If you missed this four part series on profiling serial killers, here is the link to part one. http://fornology.blogspot.com/2014/05/the-fbis-violent-criminal-apprehension.html
Posted by Gregory A. Fournier at 6:00 AM 0 comments

What Serial Killers Look Like On Paper - Part Three of Four 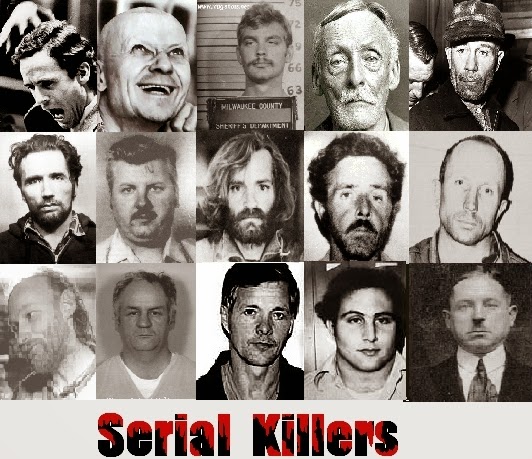 After special agents from the FBI's Behavioral Science Unit (BSU) took the data from their Victim Criminal Apprehension Program (VICAP) study of serial killers, they were able to adapt it to an existing framework for rape cases by adding provisions for rape/murder cases. It became readily apparent from the data that serial killers fall into two large categories, either organized or disorganized.

Organized murderers tend to plan and display control of the victim at the scene. Disorganized murderers may have a vague plan but generally react in a haphazard manner. This distinction does little to help investigators narrow down the field of suspects in an investigation.

When the data was compiled and analyzed within the four classifications of rape/murderers, profiling characteristics began to appear which described serial killer behavior that investigators could understand and utilize in their field work.

Each of the four areas of the rape/murderer classification above is much more detailed than my thumbnail summary indicates. Of special interest to me are #3 and #4. These are the most relevant to my study of John Norman Collins, the Washtenaw County coed killer. In the last entry of this four post series, I will detail more specific behaviors in those categories and relate them to the Collins' cases.

Posted by Gregory A. Fournier at 6:00 AM 0 comments 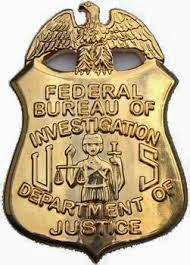 Profiling serial killers is as much art as science. The complex psychological factors that make up the motivation, justification, and rationalization within the minds of disturbed individuals is difficult for a sane person to fathom. That said, recognizing those psychological behaviors helps law enforcement apprehend these predators and limit the damage they do to families, the communities where the murders occur, and the general well-being of society at large.

The basic problem with grouping these murders by type is that it doesn't address the crime scene details or the signature characteristics of the assailant. These murder taxonomies are of limited value to law enforcement when trying to learn the motivation or the identity of an unknown serial killer.

These categories of murders are general indicators that may have some descriptive value, but they fail to provide homicide investigators with the necessary tools to evaluate a crime scene effectively and to capture the perpetrator quickly. These static descriptions do not address the issues of the offender's identity and do not affect his or her apprehension.

To learn how serial killers think and to study their behavior, FBI Special Agents conducted exhaustive interviews and collected data on thirty-six incarcerated multiple murderers from their prison confines. The logic behind the study was self-evident, interview convicted serial killers to learn how they think and what motivates them. After all, they are the experts in what they do.

FBI researchers had a captive audience but studied only willing participants. Serial killers who did participate in the study did so for several reasons:

With these men serving life sentences in maximum security portions of various prisons, they look forward to opportunities to get out of their cells and maybe get a warm cup of coffee and a stale doughnut out of it. As for the prisoners' candor, most had nothing left to lose and they answered freely. Other prisoners took longer to establish a rapport with investigators before they were comfortable talking about their crimes to FBI researchers.

Once this new data was entered into the Bureau's computer system, some common characteristics of these sexual predators began to take shape:
Researchers found that serial killers suffer from antisocial personality disorder, a pervasive pattern of disregard for the rights of others. They have an impoverished moral sense (conscience) and usually a history of petty crime. These killers seamlessly make the leap from sociopaths to psychopaths when the predatory urge overcomes them.

The FBI study further discovered that most serial killers share many of the same formative experiences growing up:

The above listed traits form a composite picture of common characteristics of many serial killers and their crimes, but they are only useful after the capture of the perpetrators. They are of little or no use in capturing them.

Sexual homicide has long been studied by various professional disciplines and perspectives. Law enforcement came late to the party. Sociologists want to examine sexual homicide as a social phenomenon that occurs within the context of the greater society. Psychologists are most interested in the psychiatric diagnosis of these murderers and developing techniques for treating sex offenders.

Law enforcement is interested in the study of sexual homicide from the standpoint of how best to investigate these crimes, how to identify suspects quickly, how to apprehend and convict suspects, and how to protect the public from further senseless carnage. 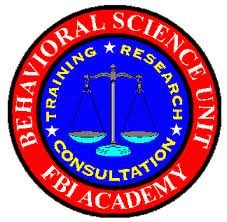 The FBI's Behavioral Science Unit (BSU) was able to expand on the work of researchers, Robert D. Keppel and Richard Walter, previous developers of rapist categories for the FBI. The BSU entered their research data on rape murderers into that database and revised the dynamic characteristics of the four existing classifications to provide a more discerning and functional view of serial killers.

In my next two posts, I'll review the FBI's four rape/murder classifications and go into more detail on how they form a composite profile of Washtenaw County serial killer John Norman Collins.
Posted by Gregory A. Fournier at 5:57 AM 0 comments

In the 1960s and into the early 1980s, the Federal Bureau of Investigation (FBI) noticed a rise in serial killing cases across the country. Special agents of their Behavioral Science Unit (BSU) began profiling criminals informally using crime scene information to deduce common characteristics and behaviors of serial killers.

After this informal criminal profiling program began to show promise, the study was formalized during the Reagan administration in 1982 with a grant from the National Institute of Justice. The Violent Criminal Apprehension Program (VICAP) studied thirty-six convicted and incarcerated sex slayers from a law enforcement perspective. Extensive data was collected from 1979-1983 of one-hundred and eighteen crime scenes and victims (mostly women) from these thirty-six serial killers.

In 1985, the first data was entered into the VICAP computer system, and it was operational on June 1, 1985. It marked the pioneering use of artificial intelligence technology in crime scene analysis and criminal personality profiling. Today, the FBI's VICAP database is massive and linked to other crime fighting database institutions worldwide like the International Police (INTERPOL) in Europe and the Royal Canadian Mounted Police Linkage Analysis System in Canada.

The data in the VICAP study focused on characteristics consisting of physical evidence found at the crime scenes that may reveal behavioral traits of the serial murderer and profile characteristics which are variables that identify the offender as an individual. Together, they help to form a composite picture of the suspect.

A VICAP Crime Analysis Report runs for ten pages of detailed law enforcement reporting. Factors such as age, gender, occupation, intelligence, acquaintance w/victim, residence, mode of transportation, modus operandi, ritualistic behavior, characteristics of the victim, and crime scene signature of the offender are noted and entered into their database. Criminal profiling gives investigative agencies the ability to connect details, recognize patterns of offender behavior, and review national fingerprint and DNA databases which makes manageable the work of narrowing down suspects.

When two or more murders have been committed over time by the same person(s), a dynamic synergistic comparison can give investigators a systematic look at the presence or absence of evidence, the crime scene signature, the comfort zone of the killer, and the possible motives for the murder. Other indicators such as emotional intensity, the rationale for the murder, and any number of factors that stand out to investigators can help make connections.

The intent of crime scene investigation and psychological profiling is to identify the key elements of the scene and the behavioral factors related to the killer, enabling homicide investigators to prioritize leads and apprehend serial killers before they can kill again.

http://books.google.com/books/about/Sexual_Homicide_Patterns_and_Motives_Pap.html?id=j2rdEgUIMLcC
Posted by Gregory A. Fournier at 5:06 PM 0 comments