Detroit Tobacco Industry Once Known as the Tampa of the North

The following is a guest post researched and written by Mark Lawrence Gade, a Michigan State University graduate and Detroit history enthusiast and docent. 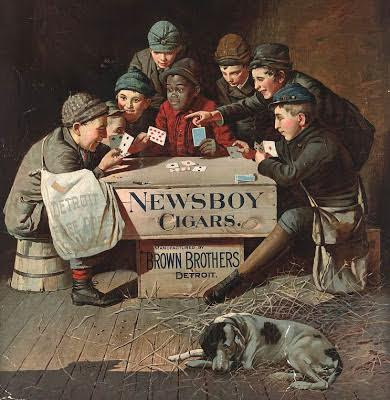 Only four years after becoming a state, the tobacco industry in Michigan got its start when George Miller became the first tobacconist in the city of Detroit in 1841. By the 1850s--with the help of New York's Erie Canal--many Germans migrated to Detroit. These Germans enjoyed smoking and knew how to produce excellent cigars; soon they dominated the city's industry.

Raw material was nearby in Southwestern Ontario. The Canadians produced a high-quality tobacco crop in sandy and silt-loam soil. With tobacco so close at hand, demand for Detroit's quality wrapped cigars turned a cottage industry into an early form of mass production employing thousands of workers throughout the Detroit area. 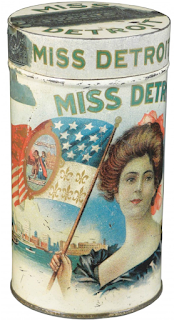 Long before Henry Ford's assembly-line, the cigar industry deconstructed the rolling of cigars into specialized tasks. Each worker performed one part of the process, so few people had the skill to make a whole cigar. Baskets or crates of cigars were moved from station to station down long tables. The process was efficient and Detroit cigars became known for their consistent quality.


Then came the American Civil War and the soldier's high demand for tobacco products. To the Yankee or Rebel soldier, tobacco represented the convenience and consolation of home. The hand-rolled cigarette was still an item of luxury, but the cigar represented victory, and the pipe comfort and solace. Soldiers North and South often relaxed by chomping on rich, gooey plugs of chewing tobacco or by smoking delicate clay pipes before, during, and after battles. Much of this tobacco was processed and packaged in Detroit. 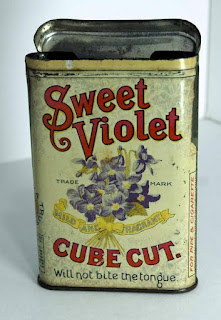 Sixteenth governor of the State of Michigan (1873-1877) John Judson Bagley moved to Detroit in 1847. In his early twenties, he started his working career as a humble apprentice in a small chewing tobacco shop. After seven years, he bought the business and renamed it Mayflower Tobacco Company turning his company into an industry leader. Bagley manufactured a rectangular form of chewing tobacco in a tin with a friction-fitted lid that became an industry standard. Bagley made a fortune and helped make Detroit a leader in the manufacture of tobacco products.

At the turn of the twentieth-century, the tobacco industry employed many young women--mostly Polish immigrants. In 1913, the ten largest Detroit tobacco companies employed 302 men and 3,896 women, making the cigar industry the largest employer of women in the city. The process of hand rolling cigars was labor intensive and involved some skill. Too tight and the cigar would not draw properly, too loose and the cigar fell apart. Although women were not organized into labor unions, they were able to make $25 to $40 a week. That was a good wage a hundred years ago.


On June 26, 1916, Detroit's San Telmo Company signed a contract with its unionized male cigar makers giving them a significant pay increase. The women wanted equal pay for equal work. Three days later, women at the Lilies Cigar Company walked off the job. Soon there were strikes shutting down all the major Detroit cigar producers. Through their united action, women workers achieved some of their demands.

The center of the tobacco industry remained in the North until the 1920s. When Prohibition went into effect with the passage of the nineteenth amendment in 1920, the major marketplace for cigars--saloons and hotel bars--were closed and the social patterns of America were shaken.

But the writing was on the wall for Detroit's cigar and tobacco industry. The invention of the automatic cigarette rolling machine in 1881 reduced demand for cigars and other tobacco products. James Albert Bonsack's machine was patented and installed throughout many Southern states causing a shift in the tobacco industry away from the North. Inexpensive mass-produced cigarettes were all the rage in the fast approaching twentieth century. Detroit's ambition shifted too--towards the automobile business which would revolutionize the new century.

In 1966, the last cigar manufacturer in Detroit--Schwartz-Wemmer-Gilbert--closed its doors. Detroit was once home to thirty-eight tobacco companies.

Another German dominated industry in Detroit was the brewing of beer. Here is the story of the Strohs family: http://fornology.blogspot.com/2015/02/detroits-strohs-brewing-company-with.html
Posted by Gregory A. Fournier at 7:02 AM 5 comments 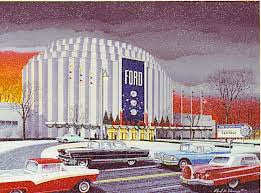 Over a period of twenty-seven years, the Ford Rotunda hosted over 16.5 million visitors. In the 1950's, it was the fifth most popular tourist attraction in the United States.

The building was ten stories tall. Its steel and aluminum framework was covered with Indiana Limestone to match the Ford Motor Company's Administration Building across Schaefer Road. The building resembled four gear wheels stacked in decreasing size from the top to bottom. 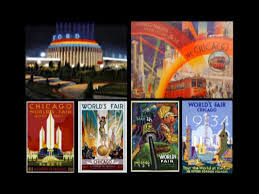 The Ford Rotunda was reopened on June 16th, 1953 to celebrate Ford Motor Company's fiftieth year in business. It was used as an exhibition center displaying all the recent models of Ford automobiles. In addition to a Test Drive Track ride which circled the building, other exhibits were The City of Tomorrow, The Hall of Science, and something called The Drama of Transportation.

Fifty-six years ago on November 9, 1962, the roof was being waterproofed with hot tar in preparation for the annual Christmas Fantasy exhibition. The roof caught fire and within an hour, the building had burned down. The nine year long holiday tradition came to an end. 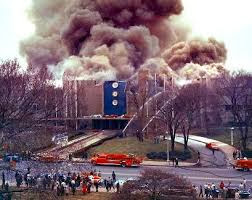 Those of us from the Detroit area who grew up when the Rotunda was in its heyday, namely we Baby Boomers, sadly remember the passing of this great Christmas tradition.


For a video presentation of the Ford Rotunda from the Dearborn Historical Society, view this link: http://vimeo.com/46364168

For more detailed history of the Ford Rotunda, consult this link: http://automotivemileposts.com/autobrevity/fordrotunda.html
Posted by Gregory A. Fournier at 4:03 PM 0 comments