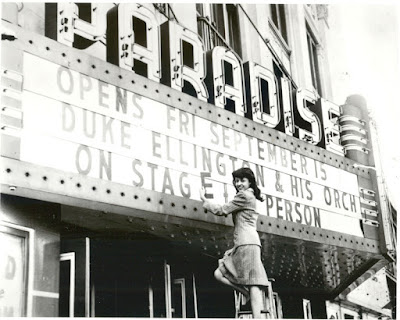 If suburban Detroit residents were asked what they know about Black Bottom and Paradise Valley, most of them would be clueless. Both of these African-American neighborhoods were paved over in the early 1960s in the name of urban renewal. Rather than upgrade housing and services in those established neighborhoods, city fathers--in league with the Federal Highway Commission--cut an unnecessary 1.06 mile long swatch for Interstate 375 through the heart of these black neighborhoods. The Walter P. Chrysler Freeway is the shortest stretch of Interstate in the state of Michigan.

The Savoyard River ran through the area known as Black Bottom (Fond Noir). The fertile land was named by the original eighteenth century French land grant owners. The area was notable for its dark, rich topsoil. In 1827, the river became part of the Detroit sewer system and was bricked over, covered with fill dirt, and built over. The place name initially carried no racial connotation. 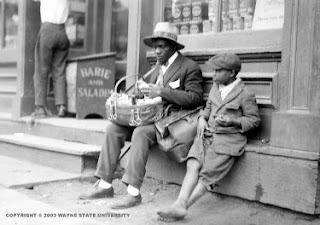 The red-line boundaries for the racially isolated community were east of Brush Street, west of the Grand Trunk railroad tracks, south of Gratiot Avenue, and north from the Detroit River. In 1919, jazz composer and musician Jelly Roll Morton named the "Black Bottom Stomp" after the area. Soon, the Black Bottom dance overtook the Charleston in popularity during the 1920s.


Paradise Valley began north of Gratiot Avenue to Grand Boulevard. This area was the entertainment zone for Detroit's blues and jazz music scene from the 1930s through the 1950s. It was also the center of African-American social life with places like the Horseshoe Lounge, Club Plantation, Club 666, and The Paradise Theater.

Gambling was big business through the Great Lakes Mutual Numbers House and the Frog Club. Whites and blacks mixed comfortably in Paradise Valley until the 1943 race riots. After that, it was rare to see whites venturing into the area--except to cruise for female companionship.

With the passage of the Federal Interstate Highway Act of 1956, the die was cast for the demolition of a long list of urban communities across the country. In Detroit, over 3,500 dwellings and 300 black-owned businesses were condemned and bulldozed tearing apart the social fabric of the community. The Chrysler Freeway opened in June of 1964 paving over Hastings Street and destroying the culture of its inhabitants. Today, Ford Field and Comerica Park stand where once a thriving community lived. 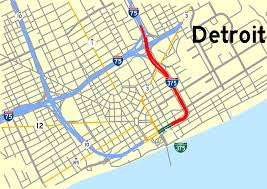 The Michigan Department of Transportation (MDOT) announced in 2013 it is considering a plan by urban planners to remove I-375. Research data shows the I-75 spur is underutilized and could be replaced with a boulevard to make the area more pedestrian and neighborhood friendly.

The unspoken truth is downtown Detroit real estate is just too valuable and begs for redevelopment. This MDOT pronouncement comes sixty years too late for people who remember Black Bottom and Paradise Valley back in the day.

Victoria Spivey and "The Detroit Moan" (1936): https://youtu.be/pKGuHCWWYU0
Posted by Gregory A. Fournier at 7:39 AM 0 comments

Doctor Who--Madman in a Blue Box 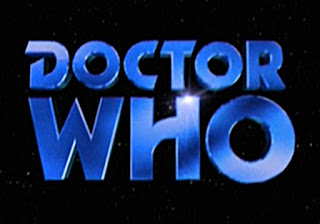 I may be the last person on the planet to discover the British cult science fiction series Doctor Who, but I am trying to make up for it by binge-watching every episode made during the last nine seasons. For other viewers who came late to the series, here is some background and a brief sketch of what the program is about.

The Doctor is the last surviving Time Lord from the destroyed planet of Gallifrey, exploring the universe in a blue police call box called the TARDIS (Time and Relative Dimension in Space). His mission is to prevent evil intergalactic forces from harming innocent people or changing history. He uses his superior alien intelligence, mind-boggling ingenuity, a lot of running, and a sonic screwdriver.

Doctor Who began as a BBC series in 1963 and ran through 1989. A made-for-television movie in 1996 did poorly, so plans for reviving the series stalled. The program was reincarnated--or should I say regenerated--in 2005 and is still in production. The original intent of Doctor Who was to be an educational family program exploring scientific ideas and famous moments from history. There have been 826 installments televised since the program's inception, though many of the1964 through 1993 episodes were destroyed, wiped from video tape, or deteriorated from neglect. Once the current show found its new audience, it became an international sensation.

One key to the success of the Doctor is his ability to regenerate himself when his body is mortally damaged. Regeneration was not part of the original concept for the character, but when William Hartnell--the first Doctor Who--became too ill to continue with the role, Patrick Troughton took over. The transformation was described as the Doctor undergoing a "renewal." The concept of regeneration was written into the script for the casting of the third Doctor, and it remains a successful device for recasting the main character.

But the Doctor alone is arrogant, demanding, and largely indifferent to human emotion. His alien perspective clashes with human values, but he learns to admire human beings and develops empathy from them. To balance his abrasive personality, Doctor Who typically travels with a companion or sometimes two or three. Occasionally, he goes it alone. His female time traveler companions serve to soften the doctor's austere intergalactic view. The companion figure is an audience surrogate to remind the Doctor of his "moral duty." They are characters with whom the audience can identify.

The special effects and imaginative settings display a hallmark of technical achievement easily the rival of a Hollywood blockbuster. The exterior camera work is stellar often showing sweeping panoramas of London in all that city's splendor. The show's attention to detail with costumes and makeup in their period-piece episodes helps the actors make their roles plausible. The historically themed shows are often filmed at famous London locations--such as the Old Globe Theatre or Chuchill's Underground War Rooms--giving those shows added believability.

Doctor Who's writers often reveal a plucky British sense of humor and sly wit, with an occasional dose of comic relief. When the Doctor drops in on the likes of Shakespeare, Charles Dickens, or Agatha Christie, the scripts are particularly witty. Despite the intricate and farcical plot complications, Doctor Who's core values are respect for the interconnectedness of all existence and the sanctity of life--human or otherwise. The writers always manage to bring the story line down to a human level and often leave the audience with a tear in their eyes and a lump in their throats.

Doctor Who trailer for the latest season: https://www.youtube.com/user/doctorwho
Posted by Gregory A. Fournier at 5:57 AM 0 comments 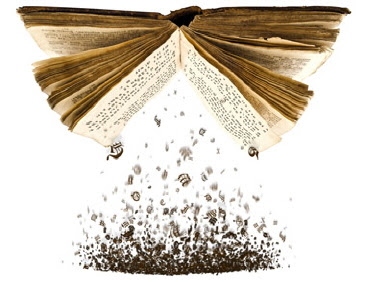 Over the past year, the question I was asked most is "When will The Rainy Day Murders be finished?"

For the last five years with the help of Ryan M. Place, I have researched and rewritten the entire manuscript three times and consulted editors twice. My original 144,000 word manuscript was too long and the narrative wandered. Publishing length guidelines for true crime range from 80,000 to 100,000 words.

In 2015, I set a personal goal to finish a top-to-bottom restructuring before the end of year. On New Year's Eve, I dotted the last i and crossed the last t. I managed to trim 35,000 words off the manuscript while improving the narrative flow.

Over the past year, I asked five people to read and evaluate The Rainy Day Murders. Several of them commented on the title. They felt rain was not a factor in some of the seven murders. Fair enough. Currently, I am pitching the project using my original title In the Shadow of the Water Tower. What the final title becomes will be decided at some future editorial meeting.

Beginning with the San Diego State University Writers' Conference on January 22nd, I will begin pitching the book and seeking representation. The publishing business is demanding, unforgiving, and moves at its own speed. May this be the year In the Shadow of the Water Tower sees the light of day.
Posted by Gregory A. Fournier at 2:38 AM 0 comments