The Help - There Is a Difference Between Service and Servitude

My wife and I saw The Help over the weekend and found it to be a moving and an enjoyable film. It depicts an era in American history which will soon be lost to living memory. I know. I'm getting older and I remember the way it was. My brother and I spent several summers in Arkansas in the early 1960s and saw Jim Crow at work in the sleepy cotton town of Elaine.

To find humor from the black perspective in the South during the Jim Crow days isn't easy, but to find heart, soul, and a relevant message delivered in an impeccable period piece is even rarer. This film portrays upper crust, Southern Americana, with a mud pie and a whipped creme dollop on top! All that chocolate, supporting a fluffy, white confection, an apt metaphor. Brilliant!

This film shows the heart wrenching sacrifices these brave ladies made for their families and the injustices they endured against themselves, in an era when a misplaced look or a muttered word could get you fired or lynched. 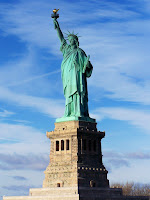 The struggle for civil rights has been a long, hard battle in this country, and like all great battles, it is made up of one campaign after another, fought over time across the vast American landscape. It is made up of millions of smaller skirmishes, whose victim's wounds go untended and unredressed.

The dehumanization and intimidation of another human being, to support a corrupt class system, is despicable. For those who say this movie is an exaggeration, open a history book or google the Civil Rights Movement. This film puts a face on the outrage perpetrated against these ladies, and honors every woman who ever put on the maid's starched uniform.


The Help made me remember something sad about my maternal grandmother....