"Bond, James Bond" is Back to the Basics 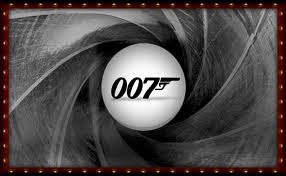 Since Sean Connery first spoke these iconic words, "Bond, James Bond," in Dr. No, British secret agent 007 has captured the attention of a world-wide audience and soon the character became the most popular and beloved in movie franchise history.

Many avid Bond fans will agree that Connery's portrayal of the British secret agent in the classic cold war thriller, From Russia with Love, may be the most accurate depiction of the Ian Fleming character in the Bond novels. But I would like to say that Daniel Craig in Skyfall gives Sean Connery a run for his money.

Skyfall begins like the formulaic Bond films with Bond in hot pursuit of a villain, aided by the latest technology, but it takes a hard left and resurrects a long dormant 1962 Bond storyline from the most unique of the thirteen Bond novels, The Spy Who Loved Me, which was never made into a movie.

Yes, there was a Roger Moore film with that name, but it resembled the Ian Fleming novel about as much as Moore resembled the literary James Bond. Not at all.

I was hooked on the Bond books and read all thirteen of them several times over the years. One of them was so different from the rest, "as seen through the wrong end of a telescope" Ian Fleming says in the author's statement introducing The Spy Who Loved Me. This novel was written in the first person through the eyes of a woman. Whether the male chauvinist author was successful in his depiction of the female voice is best left up to the reader. 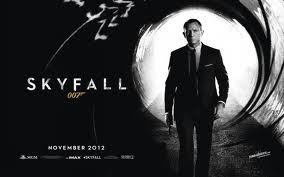 Without giving away too much of the plot, Craig's Bond in Skyfall finds himself isolated with the latest and most unlikely "Bond girl," which plays out the basic plot complication and storyline of the novel The Spy Who Loved Me. An overwhelming menace descends upon them in the wilderness. No MI6, no CIA, no INTERPOL, no NASA, no kidding. Bond gets back to the basics in this latest entry into the series.

Looking for a great movie to see this Thanksgiving Day weekend? See Skyfall!